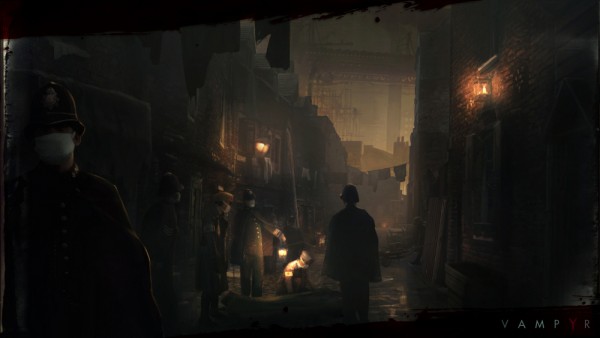 Known as the Spanish Flu, the 1918 flu pandemic swept across Europe after WWI. The strain of flu was rather unique, killing off mostly young adults instead of the usually vulnerable groups of the elderly, the ill, and children. In London, people began isolating themselves at home, in hopes of slowing the infection. These quiet streets of London is where Dr. John E. Reid will roam in Vampyr. After surviving the war as a military surgeon, Dr. Reid has been turned into a vampire and is now grappling to hold onto his humanity once again. 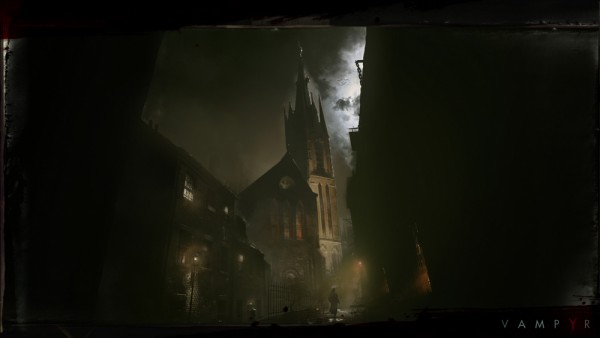 Today, developers DONTNOD released three new images of Vampyr. The artwork shows off the dark streets of London, filled with medical tents and doctors attempting to manage the pandemic. Vampyr is set to launch for PlayStation 4, Xbox One, and PC sometime in 2017, so we should expect to see some the first images and video of gameplay sometime in 2016. 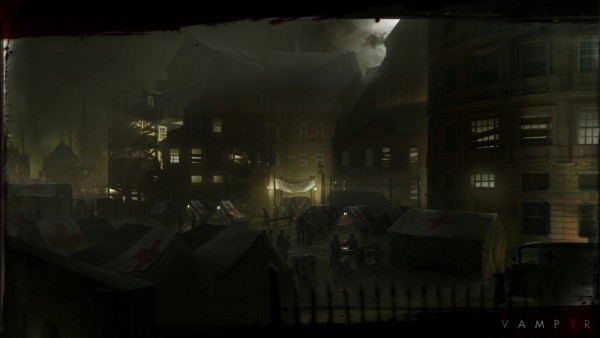