Here is some news worth celebrating! Elliot Silverstein’s The Car will be coming to Blu-ray for the first time ever on December 15th! Yes, that is rather exciting, but some of you may be unfamiliar with the little film that has quite a fanbase behind it. Here is a brief catch-up: 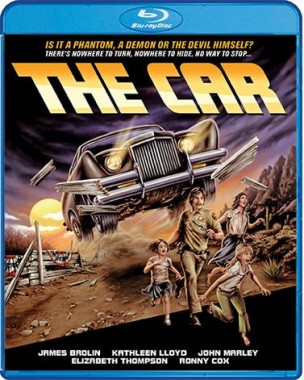 As always, Scream Factory have went out of their way to ensure this release has a good set of special features – and I must say for a movie that is as forgotten by most, a lot of people will be highly pleased.

Pre-order and get that artwork while it lasts, as this set will be a hot item when it launches later this year. Another great SHOUT! release that is sure to please fans of this bizarre – yet wonderful little gem.

Shout! Releasing Body Bags and Assault on Precinct 13 This November