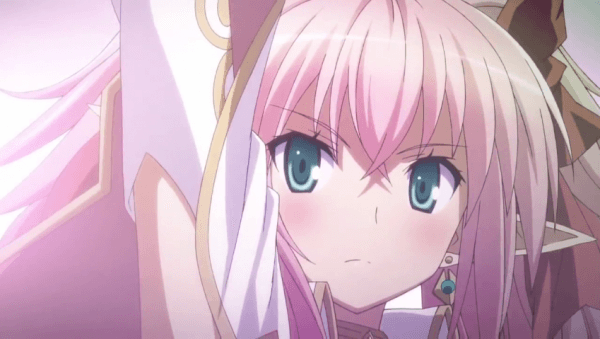 A new trailer for Lord of Magna: Maiden Heaven has been released by XSEED Games and Marvelous Europe and the focus of this trailer happens to be introducing not only the main character Luchs Eduard but the fairy maidens that will be joining him throughout the game.

You can check out the trailer below while the game itself is set to be released at retail and digitally in North America on June 2nd and digitally in Europe and Australia on June 4th. Character details for each of the characters have been provided by the company and can be found below:

Luchs Eduard
The owner of Famille Inn on the outskirts of Luneville. Recent events have made his normally pleasant and quiet life anything but, yet he can’t help but wear a smile through it all. Immeasurably kind, he takes pride in looking after his own, and places the concept of “Family” above everything else.

Charlotte
Nickname: Lottie
A bubbly faerie who was found encased in a massive crystal. Easy-going and sporting an infectious smile, she makes herself right at home at Famille Inn as a live-in maid. Unfortunately, while she’s a first-rate fighter, her domestic skills could use some more fine-tuning — something that’s particularly apparent whenever it’s her turn to cook dinner.

Beatrix
Nickname: Trixie
A self-proclaimed perfectionist who handles all daily chores at the inn with aplomb, especially cooking. She has a kind heart and is willing to jump through hoops to ensure that those around her are taken care of, even if playing the big sister can be a trying task. Her personal motto is: ”Efficiency is a fine companion to visual presentation.”

Elfriede
Nickname: Frieda
Was geht? An eccentric faerie who peppers her speech with foreign words from the east -though that’s the easiest thing to understand about her. A brilliant mind who’s far from shy, she divides her time between saying things that are a little less than appropriate and building new inventions, all for the sake of making those around her happy.

Gabriele
Nickname: Gabbie
The youngest of the seven sisters. She is one of the most social members of the family, having recently made some loyal subjects-er… FRIENDS- in town. Her bossy attitude comes solely from a desire to present herself as an independent adult, and the fact that she has a long way to go before she gets there is the root of much insecurity for her.

Diana
Nickname: Di
A born warrior and a brilliant strategist. Spending much of her life honing her spear-fighting skills has resulted in her missing out on some basic social etiquette – making her prone to some rather strange behavior from time to time. Still, at her core, she’s a sweet girl with an honest heart.

Francesca
Nickname: Fran
A warrior who fights first and asks questions later. Her dedication to exercise is second to none, and she’ll often work out from sunup till sundown. Part of her does it out of true passion, but part of her also does it to avoid interaction with others – not because she doesn’t want to, but because she finds herself behaving too awkwardly to hold a real conversation.

Adelheid
Nickname: Addie
The eldest of her sisters. Beautiful, strong, elegant and intelligent, she handles her position as the oldest with ease and has no shortage of admirers. However, most can sense that even with her perfect smile and perfect demeanor, she has her limits… and it’s best not to test them.