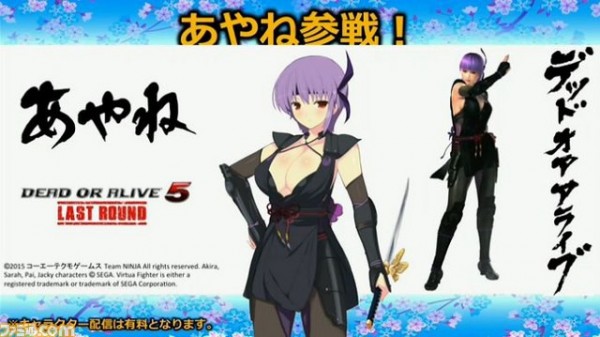 Just recently some Senran Kagura costumes were released as DLC for Dead or Alive 5: Last Round and it seems that Marvelous are getting a few pieces of crossover DLC for their latest game. At the launch of Senran Kagura: Estival Versus in Japan today, it was revealed that Ayane from Dead or Alive will be coming to the title as a playable character. 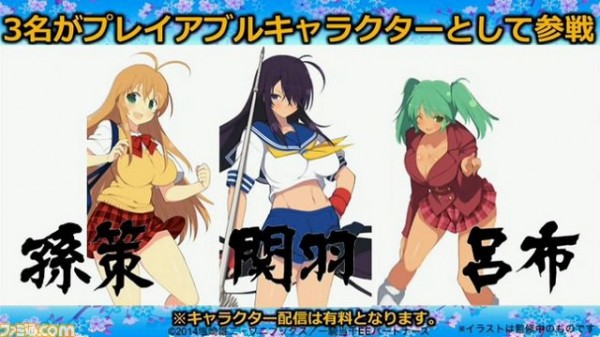 It was also announced that Hakufu Sonsaku, Uncho Kan’u, and Housen Ryofu from Ikki Tousen (Battle Vixens) will also be appearing in the PS4 and PS Vita game as paid DLC characters. While the announcement was made that these characters would all be paid DLC, no release date was revealed at the time.