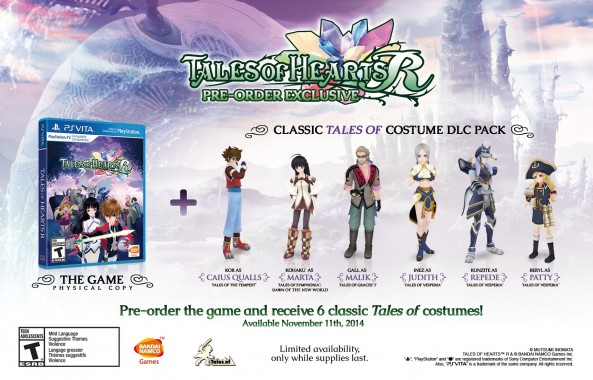 Following the pre-order and Day One announcements for the PAL release of Tales of Hearts R, Bandai Namco has now revealed what fans of the series in North America can expect if they pre-order the title. Those who pre-order the game at either GameStop or EB Games will be given six costumes from previous games in the Tales series, as seen above.

It is worth noting that these costumes can also be obtained by purchasing the digital limited edition that will be available when the game is released on November 11th in North America until the end of November, whereas the European release will occur on November 14th.