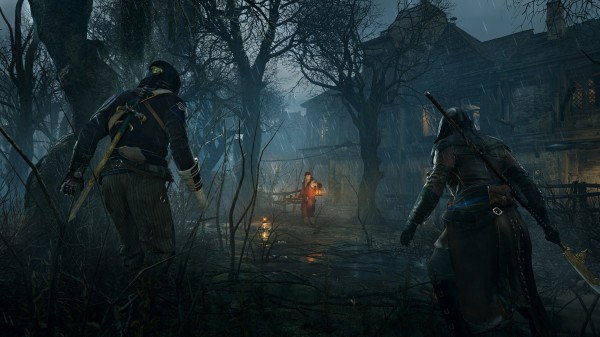 Set to Seinabo Sey’s fantastic song Pistols at Dawn, the new Assassin’s Creed Unity trailer features all four Arno’s making their way through the streets of Paris. Each of the four players are outfitted for wildly different playstyles. Battle axes, spears, pistols, sabres, and rapiers are all wielded in this trailer.

Assassin’s Creed Unity takes the long running action series to Paris during the French Revolution. The people have overthrown the monarchy, sending King Louis XVI and his wife Marie Antoinette to the guillotine. Violence has overtaken the streets while political turmoil hits both the Templar Order and the French government. Arno Dorian is on a quest to find the puppetmasters pulling at the strings behind this bloody event. Assassin’s Creed Unity will launch on November 11th in North America and November 13th in Europe.