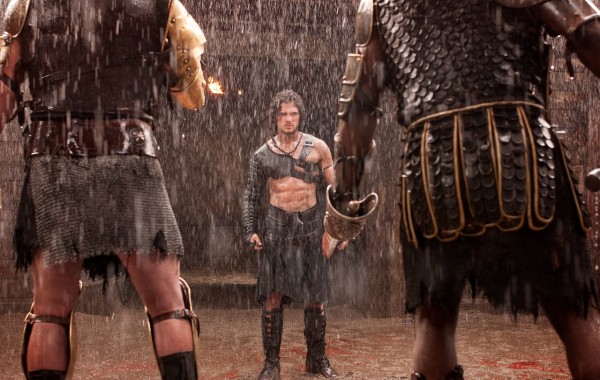 Directed by Paul W.S. Anderson (the Resident Evil series), Pompeii is set in 79 A.D. and tells the tale of slave-turned-gladiator Milo (Harington), whose quest to save his love Cassia (Emily Browning) from being married off to the ruthless Senator Corvus (Keifer Sutherland) is hastened by the great city’s impending destruction. The infamous eruption of Mount Vesuvius is realised with stunning 3D visual effects, and with a cast rounded out by Carrie-Anne Moss, Jared Harris, Adewale Akinnuoye-Agbaje and Jessica Lucas, Pompeii may just be the popcorn flick to enjoy at home.

Sit on the Iron Throne at Federation Square this Thursday