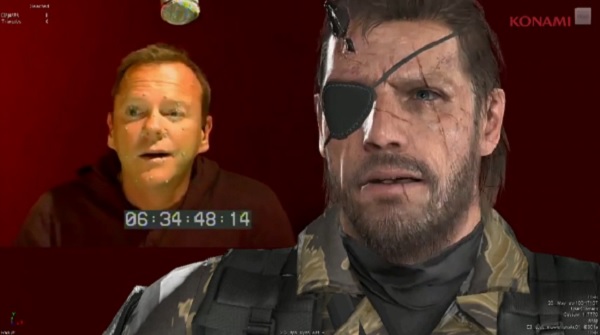 Ever since it was fully unveiled a few months ago, people have been wondering who would be voicing Snake in the next Metal Gear Solid game. It was already known that the previous voice actor David Hayter wouldn’t be retaining the position and today during Konami’s pre-E3 presentation they announced that Snake will be voiced by Kiefer Sutherland who will also be doing the motion capture for the character.

The reason for this change is that Kojima wanted to give Snake a more subdued voice being in his late 40s now and wanted a worker who could use his face to convey emotions rather than only his tone of voice. As for the game, The Phantom Pain will be about “race and revenge” and be a much darker title than past Metal Gear games according to Kojima.