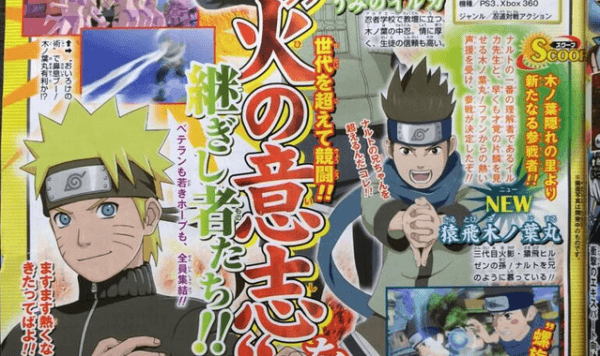 It was announced today – through the latest edition of Shueisha’s Weekly Shonen Jump – that two more Leaf Village ninjas will be joining the roster for the upcoming Bandai Namco fighting game; “Naruto Shippuden: Ultimate Ninja Storm Revolution“. Konohamaru and Iruka were both revealed to be the next two fighters to join the scuffle and I personally think they’re two great additions to an already brilliant looking game.

The screenshots that were displayed in the magazine show Konohamaru being able to use Naruto’s own “Sexy Jutsu” technique as well as the extremely powerful “Rasengan”. Iruka, on the other hand, was only shown to be a victim of Konohamaru’s attacks. The magazine also revealed that there will be a character customization option for players who have kept the save game data from the previous “Naruto” title; “Ultimate Ninja Storm 3”.

Players can customize specific characters to look different while in battle. “Naruto Shippuden: Ultimate Ninja Storm Revolution” is set for a release on the Xbox 360, PlayStation 3 and PC sometime this September for both North America and Europe.