Anime streaming site Daisuki has announced that it will simulcast the upcoming anime M3 that dark metal when it premieres on April 22nd.

About M3 that dark metal:

The location where the dark swallowed everything and took everything from us has become known as the Lightless Realm.

Born there, as if they were mirror images of the despair and chaos humans felt, were aberrations.

They were called Admonitions.

An investigation of the Lightless Realm that eats away at the human psyche.

Can a group of eight boys and girls gathered in an effort to combat the Admonitions see the light of the future beyond the Lightless Realm, while their past destinies and dangerous present intertwine in a complicated web? 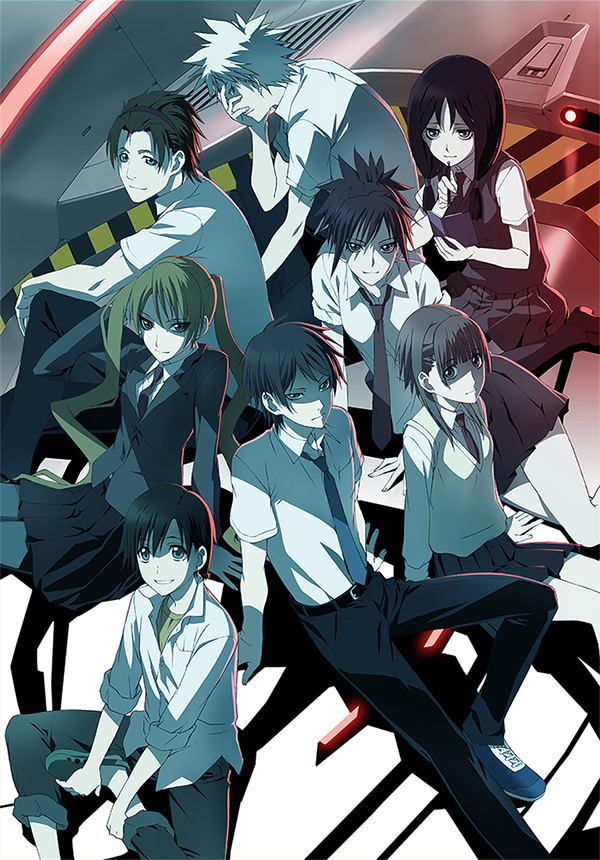 The anime series is directed by Junichi Sato (Sailor Moon, Kaleido Star) and animated by studio Satelight (Macross Frontier, AKB0048) while the mecha designs are headed by Shoji Kawamori of the Macross franchise and The Vision of Escaflowne.

The first episode of M3 that dark metal will be available on April 22nd 02:05 JST via Daisuki.net, Daisuki’s iOS app as well its YouTube and Viki channels. Daisuki has also recently posted its April streaming schedule.