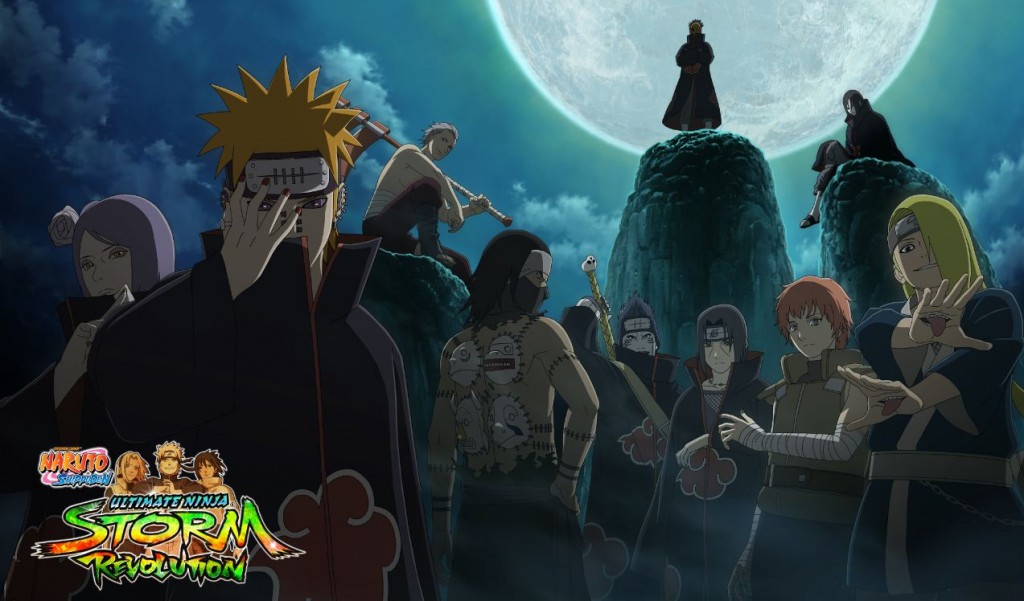 An all-star cast of evil dudes…and one evil babe. (Click For Larger Image)

Just today, the good people over at Namco Bandai games released some more awesome information regarding the upcoming Naruto game “Ultimate Ninja Storm Revolution” which will make fans of the series that are more interested in the “dark side” of the Naruto franchise extremely excited. Released was some news that the new game will feature a never-before-seen anime sequence which details the events that transpired before the “Akatsuki” – a band of rogue ninjas all with the same mentality and overall goal – was officially formed.

You, as the player, follow the story of Pain and Konan as they journey through each of the different ninja villages in search for like-minded and powerful ninjas to join their “evil” crew. Players are given a chance to walk a mile in the nefarious shoes of these ninja as they play through the actual story of the “Akatsuki”, slowly but surely unlocking the new animation sequence as they meet the younger versions of certain characters and as they bring them over to their side. 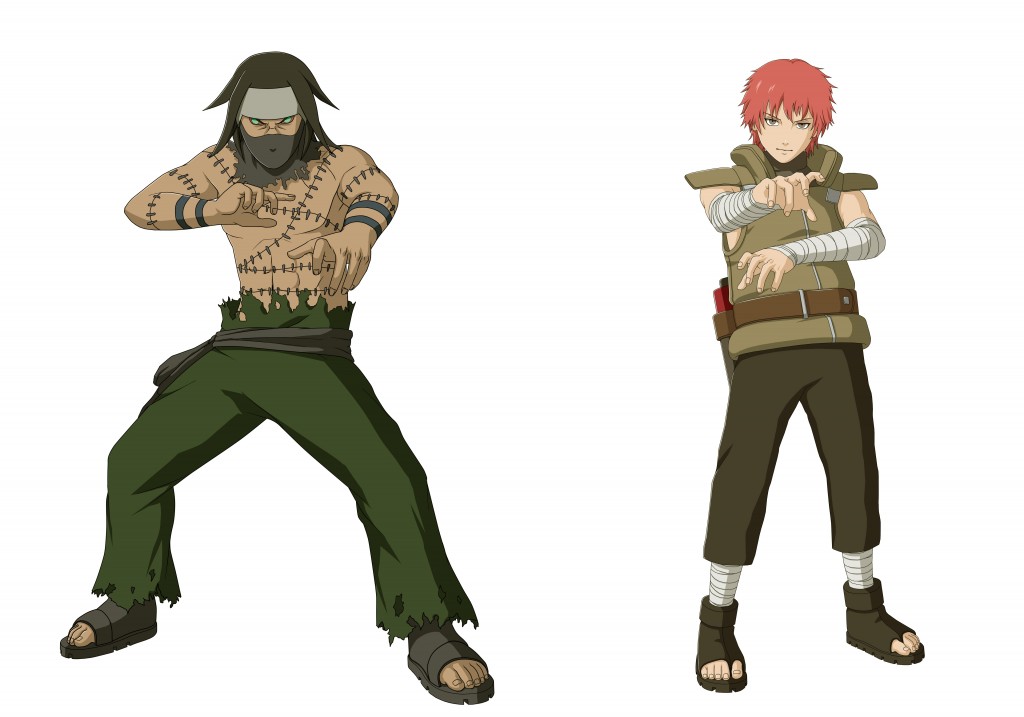 Kakuzu and Sasori both in story-based costumes. (Click For Larger Image)

Sasori, Kakuzu, Itachi, Kisame, Orochimaru, and all of the rest make an appearance sporting new costumes designed by series creator Masashi Kishimoto himself. Some more good news for all you fans is that Namco Bandai have also released a great deal of art assets/screenshots from the game that show both the anime sequence and the in-game action that you’ll be experiencing once the action/adventure title is released so head down below to check out the gallery of images and start getting excited for “Naruto Shippuden: Ultimate Ninja Storm Revolution” coming to all good stores near you for the Xbox 360 and PlayStation 3 sometime this year. Believe it!