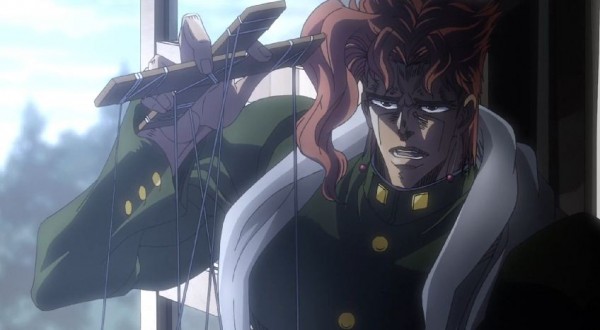 This makes three! Last week we brought you some news straight from “David Production” – an animation studio that has recently been working on an anime adaptation of of Horihiko Araki’s long-running Shonen anime “JoJo’s Bizarre Adventure” – in the form of a promotional video focusing on one of the characters from season three of the “JJBA” anime; Muhammed Avdul.

The promo video from last week was the second to be released for the series, the first one revolved solely around an older Joseph Joestar, and are released with the intention of (re)introducing audiences to characters they may or may not have seen in the past in the lead up to the actual release of the series which is set to begin its air on the 4th of April. This week the the video promo centres around a man that goes by the name of “Noriaki Kakyoin”; another one of the main characters within the third season of the “JJBA” series titled “Stardust Crusaders”. 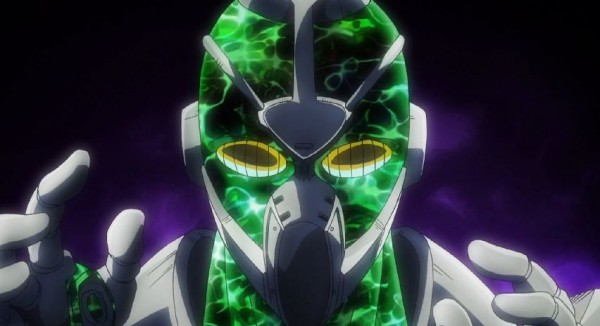 Much like Jotaro Kujo (the protagonist of “Stardust Crusaders”), Noriaki Kakyoin is a student that has gained the power of an unusual stand. His stand, “Hierophant Green”, allows Kakyoin to fight at a distance. He’s able to control and injure others from remote locations but “Hierophant Green” can also defend him up close if any enemy decides to centre in for a brawl. Within the video we see Jotaro’s first encounter with this seemingly mysterious young man and we also get to see his stand in action for the very first time.

The voice of Noriaki Kakyoin will be provided by a fantastic voice actor called “Daisuke Hirakawa”. Mr. Hirakawa is famous for voice acting in series’ like “Free!”, “No.6”, “Beelzebub”, and so many others. The promo trailer can be seen below in our featured video section so head down there now to check it out.

It’s No Joke! “JoJo’s Bizarre Adventure” Anime Series To Be Streamed On Crunchyroll