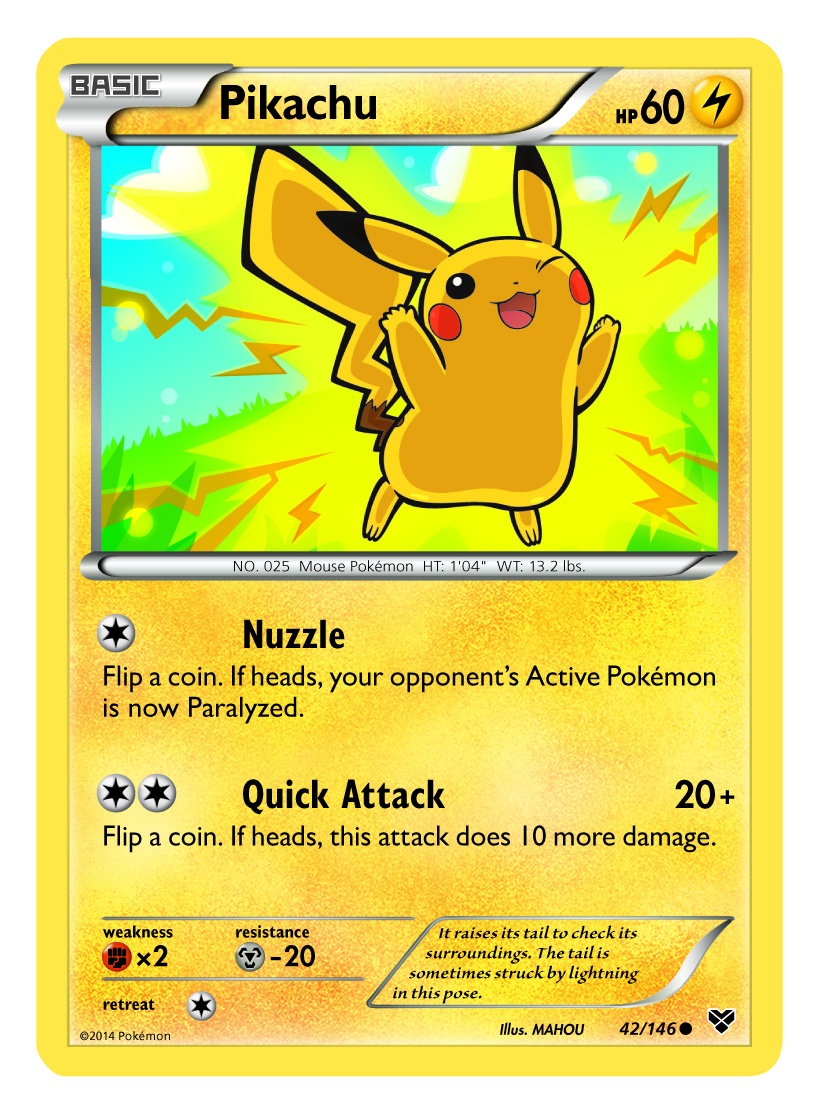 Isn’t it just the cutest?

Starting April 4 and for a limited time only, trainers can collect two classics for their 3DS team. Those with Pokemon X can net themselves a shiny new Magmar, whilst players of Y will have access to Electabuzz. The redeemable codes for the characters will be printed on cash receipts upon request, so you don’t actually need to buy anything to acquire your new Pokepal. Thrifty.

If you’re feeling that Magmar and Electabuzz could be just that little bit cooler, each comes holding the item that will allow that to happen. With the Electirizer and Magmarizer in hand, Electabuzz and Magmar (respectively) will be able to evolve into Electivire and Magmortar once traded. Though you probably knew that already. Pokémon Trading Card Game fans can also get in on the action with a free Pokémon TCG: XY special sampling pack. Each of these packs will include a special foil Pikachu card, plus one additional card from the Pokémon TCG: XY expansion.

So head on in to GAME UK if you can and nab yourself two Pokemon that are sure to cause some serious nostalgia. Also be sure to check out the TV campaign focused on showing how TCG and video game content are part of a singular world of Pokemon. These promo spots will air from April 7th to 27th on CiTV, Cartoon Network, Disney XD and Sky Kids. So much Pokemon goodness, so little time.