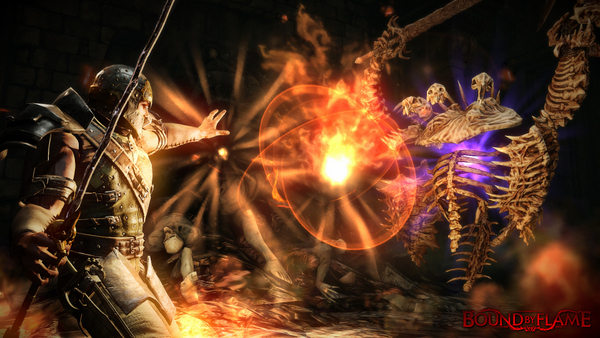 Spiders Games and Focus Home Interactive released new screenshots and announced the official release date for their upcoming RPG Bound By Flame. The new screenshots show off some of the creatures players will battle in game. The beasts have varied behaviours and abilities, which will require players to carefully plan their strategy to conquer them.

Bound By Flame is an upcoming RPG that allows players to create their own unique combat style, balancing demonic magic and vicious martial combat. The game has been officially dated for May 9th for PlayStation 4, PlayStation 3, Xbox 360 and PC. A new trailer featuring new information about the combat system will be released in the coming weeks.

Rock Out with this new Bound By Flame Trailer