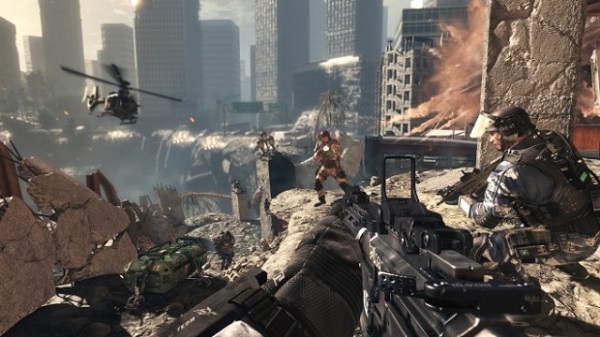 Australia and New Zealand’s top 8 teams will compete in the 2014 Call of Duty Championship Regional Final, presented by Xbox, on March 1st at Carriageworks in Sydney. From there, the two finalists will continue on to represent their region at the World Finals held in Hollywood, California from March 28-30.

The Major League Gaming (MLG) and Australian Cyber League (ACL Pro) run competition features a local prize pool of $15,000. The two finalists then have the opportunity to win from a prize pool of $1,000,000 and be crowned World Champions. Those two winning teams will be joined by 30 of the world’s best, including teams from North America, Europe, Asia and Brazil. Ryan ‘Fwiz’ Wyatt (Head of Machinima eSports and Professional Call of Duty Caster), Chris ‘Puckett’ Puckett (VP of Programming at MLG and Professional Gaming Commentator) and home-grown talent Dallas ‘Bio Acid’ O’Donnell will share hosting duties for the Sydney live event, which promises to be one of the most exciting eSports events ever organised for Australia and New Zealand in history, let alone 2014.

Free passes for the March 1st, ANZ Regional Finals are very limited, but you can still RSVP for the event and attempt to secure yours right here.

The event will also be live streamed via www.mlg.tv/ACL. Note: This is strictly a 15+ event only. IDs will be checked. Only successful RSVP’s will be admitted.