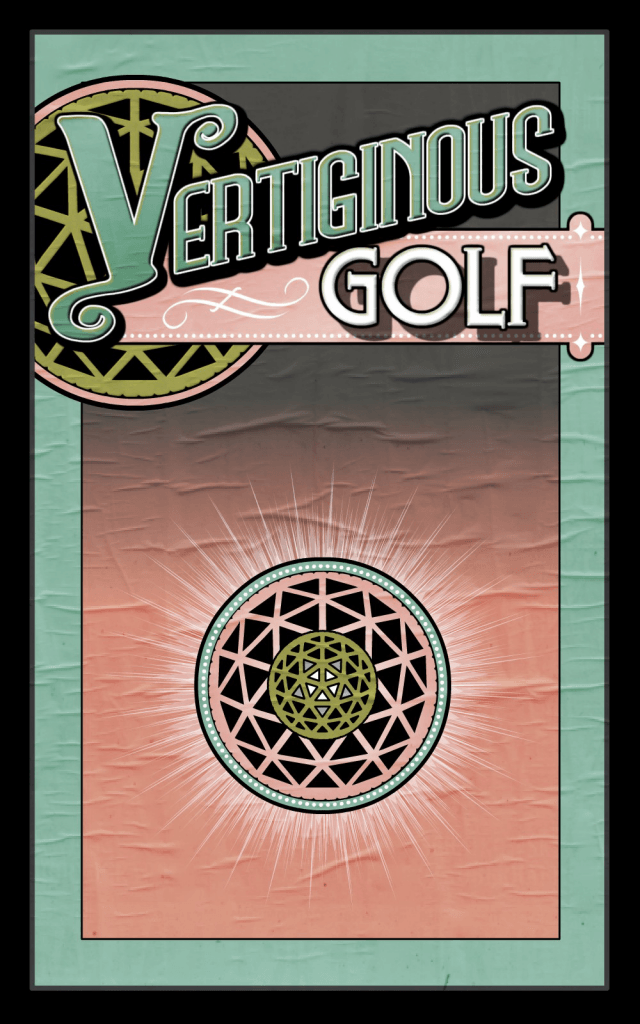 Vertiginous Golf has bounced back on course, since the original steampunk mini golf game series, Vertigolf was released in 2003. Kinelco and Lone Elk Creative have recreated the sport, by manipulating physics and the perceived ideals of golf within a dystopian universe. Vertiginous Golf is currently in the beta-testing stages, with the development team planning Steam Early Access in March to work with the gaming community, before the full launch version arrives later next month on PC, Mac and Linux. 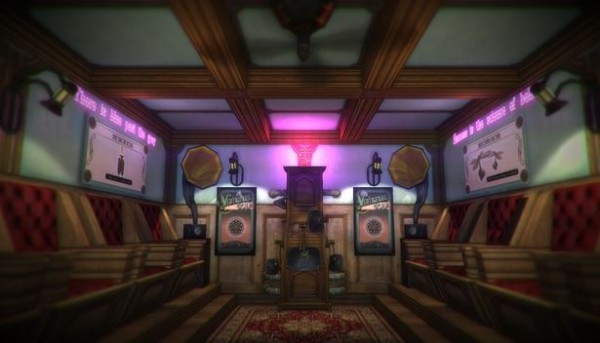 Vertiginous Golf is a first-person sports simulation that takes players into Vertiginousphere, an exclusive realm in the skies that comprises of floating golf courses. Vertiginous Golf  is definitely a long-shot from the typical golf simulator, such as Everybody’s Golf, but the diverse landscape offers a fascinating journey and mysterious story. As the game is still in beta, there is no definitive narrative yet for players to piece together. However, the opening sequence distinguishes that ‘Vertiginous Golf’ is a store accessible to the public, where people can escape their overcast lives and virtually experience the wonders of sunlight, using Edward V Frohlich’s Vertiginous Levitation Systems.

The unique and impressive layout across the endless sky is the perfect atmosphere for partaking in this bizarre golf game. Vertiginous Golf serves as a dream world for golfers, with a great variety of holes and a suitable companion. The golden mechanical hummingbird serves as a handy guide for players to visually jump ahead of their shots and get a birds-eye view of the gorgeous sky-lands. Additionally, there are several zoom out cameras for players to flick through using X to appreciate the entirety of Vertiginousphere. 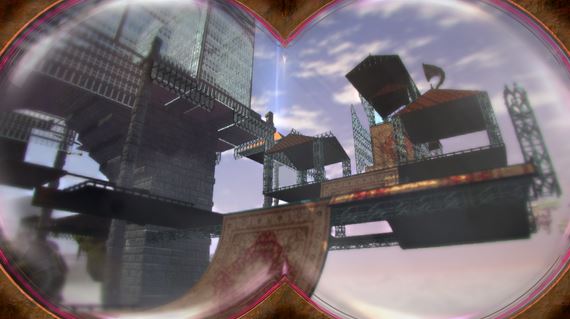 At the moment, there are 9 holes and a tutorial course for players to challenge themselves in the beta. As a way for players to monitor their progress, every golf ball movement is traced with a glowing pink ribbon. That being said, the visual scope becomes more cluttered with each stroke in the same area. Fortunately, players have the option to rewind strokes and redeem themselves from unlucky shots. However the ‘rewind power’ is drained according to the distance the ball has travelled and can only be recharged when players use the putter wedge. With Steam Early Access, the development team will be introducing twice as many courses and new abilities for players to control the direction of the ball by curving the shot left (hook) and right (fade).

Based on the holes so far, the level of difficulty is dependent on the player’s ability to utilise the surroundings and barriers to their advantage. The latest beta version offers an exceptional range of technological systems, including; helicopter drones, directional powered pipes, moving carpets and blocks and a teleportation sphere spitter throughout the golf course. The extensive design for each new hole allows players to search for alternate routes and strategise the best method to reach the flag. An interesting addition in the game are the ‘free stroke holes’, which act as hole-in-one-shortcut that display the number of strokes required before the hole closes. Following the current build, the development team plan on implementing an extended replay system, as well as local and online multiplayer to ensure that players get the most out of the golf courses and tournaments. 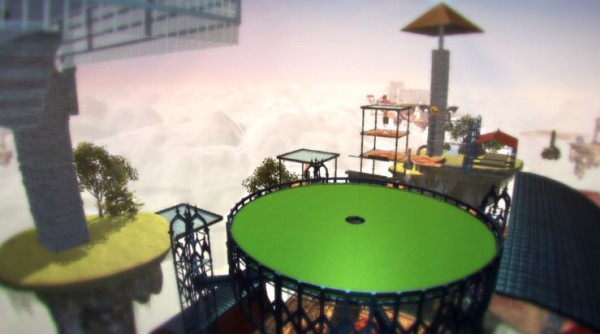 One of the slight issues in Vertiginous Golf is the control mechanism, which restricts players from powering their shots to the optimal velocity. Despite the players’ ability to rewind bad shots, the power for each swing (using spacebar) rises too quickly and cannot be adjusted. Consequently, when it comes to hitting the ball in the Green Room, where the flag resides, players will struggle to effectively manoeuvre the golf ball precisely into the final hole. Upon completion, players are scored accordingly to the number of strokes over par and can review their scorecards for each hole. As development proceeds in Steam Early Access, it will be interesting to see how the controller support will change the gameplay and what type of new achievements players can earn in the game.

The graphic design is outstanding thus far, with the implementation of Unity3D to create a beautiful Victorian-era themed universe. Vertiginousphere is breathtaking and will have players spending more time flying around the realm as the golden mechanical hummingbird, rather than playing golf. What I found to be the most surprising element of the beta version is the classy and stylish harmonious soundtrack in Vertiginous Golf. The original music composed by Luchs and I, transcends players into the dystopian universe that establishes a hypnotic mindset for concentrating only on pitching and putting the golf ball. 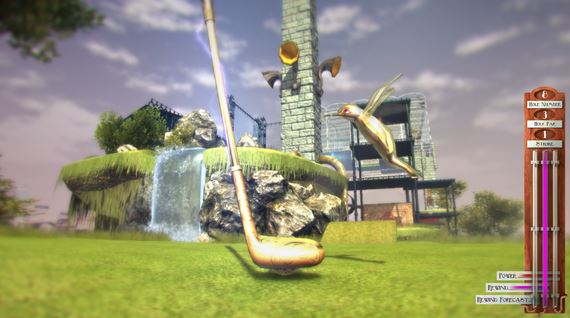 Vertiginous Golf is definitely on the right course to becoming a successful browser title, with the hardworking developers Kinelco & Lone Elk Creative and support of the Vertigolf community. Of course, there are a few adjustments that need to be addressed before launch, mainly the controls for powering shots and story completion. Steam Early Access promises to be a significant opportunity for players to partake in development decisions and contribute to this ridiculously unique golf game.