Deep Silver has announced that Goichi Suda’s latest offering of insanity, is making its way to PC under the title: KILLER IS DEAD – Nightmare Edition.

KILLER IS DEAD is set in a not-so-distant future similar to (but not the same as) the world we know now. The player takes control of an executioner named Mondo Zappa who wields a Japanese sword in his right hand and brandishes interchangeable weapons in his left artificial arm. His ultimate goal is to execute various heinous criminals scattered around the world and beyond.

The title now includes a new difficulty mode, aptly entitled Nightmare Mode. In this mode, enemies can only be defeated using Adrenaline Burst, Dodge Burst and Headshots, requiring far more skill and tactics to proceed through the twisted stages. Players will also not be able to use the Final Judgement finisher (QTE mode) to defeat enemies, adding yet another element of challenge.

The Smooth Operator Pack, DLC previously released for the console edition, is unlocked after Episode 3. This pack will provide Mondo with the Gigolo Glasses, Vivienne and Mika with new costumes, as well as a whole new mission centring on two new characters: Betty and Sebastian. A Gigolo mission with Betty is also unlocked as part of this pack, netting you the chance to try out you glasses, should you so desire. Additionally, there is a new Theater Mode where players can rewatch cutscenes and get extended background information on characters, helping to unravel the story after the first playthrough.

The KILLER IS DEAD – Nightmare Edition will be available for retail and digital download from May 9th for the low, low price of $19.99. Make sure to check out the screenshots and trailer below to prepare for what lies ahead. So get your wallets and cyborg arms ready for your PC jaunt through the mind of Suda51. The job: Killer is Dead. 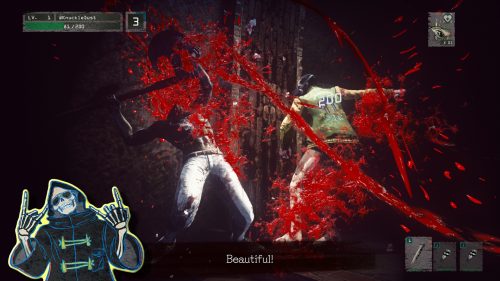