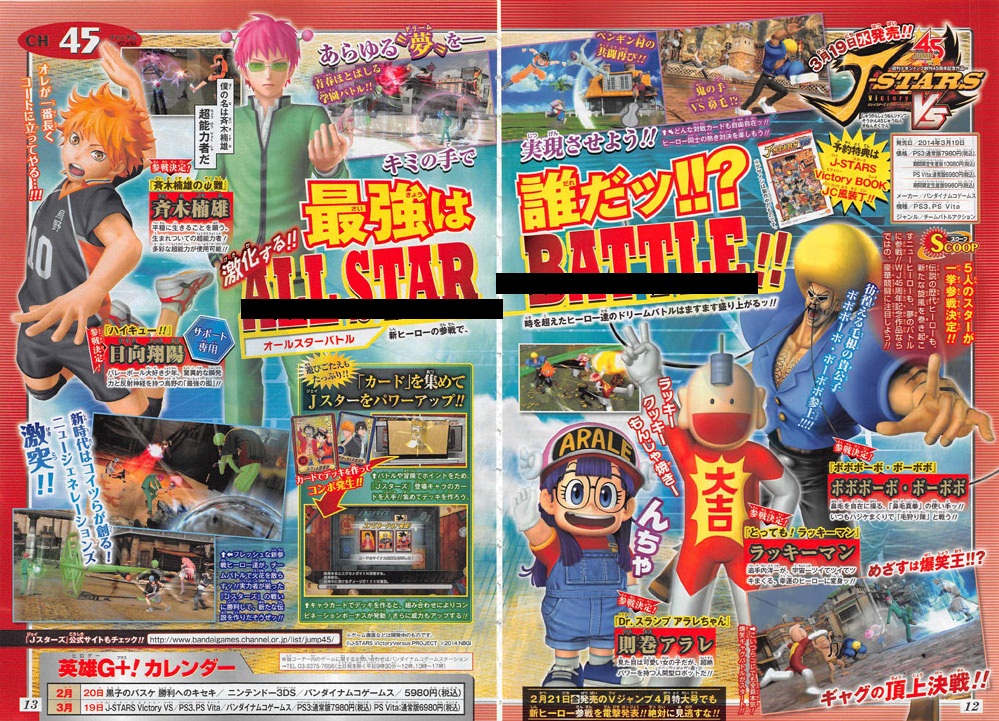 Namco Bandai Games alongside the team over at Shonen Jump have just revealed that a whole bunch of new characters will be joining the “J-Stars Victory Vs.” roster and even though I was only able to list three up there in the title, it seems as though at least five different series’ characters have been added. Bobobo-bo Bo-bobo (Bobobo-bo), Arale (Dr. Slump), Shoya Hinata (Haikyu), Kusuo Saiki (Saiki Kusuo no Psi Nan) and Luckyman (Tottemo! Luckyman) have all been confirmed as the new “J-Stars Victory Vs.” characters.

All of them apart from Haikyu’s Shoya Hinata will be fully playable characters, Hinata will be a support character. Much like every other character release for this game, not a lot has actually been said about their movesets but fans of the series’ will pretty much be able to tell what they will do in the heat of battle. Stick around on the site for all the new information that gets released and don’t forget to head down to our comments section to let us know what you think.