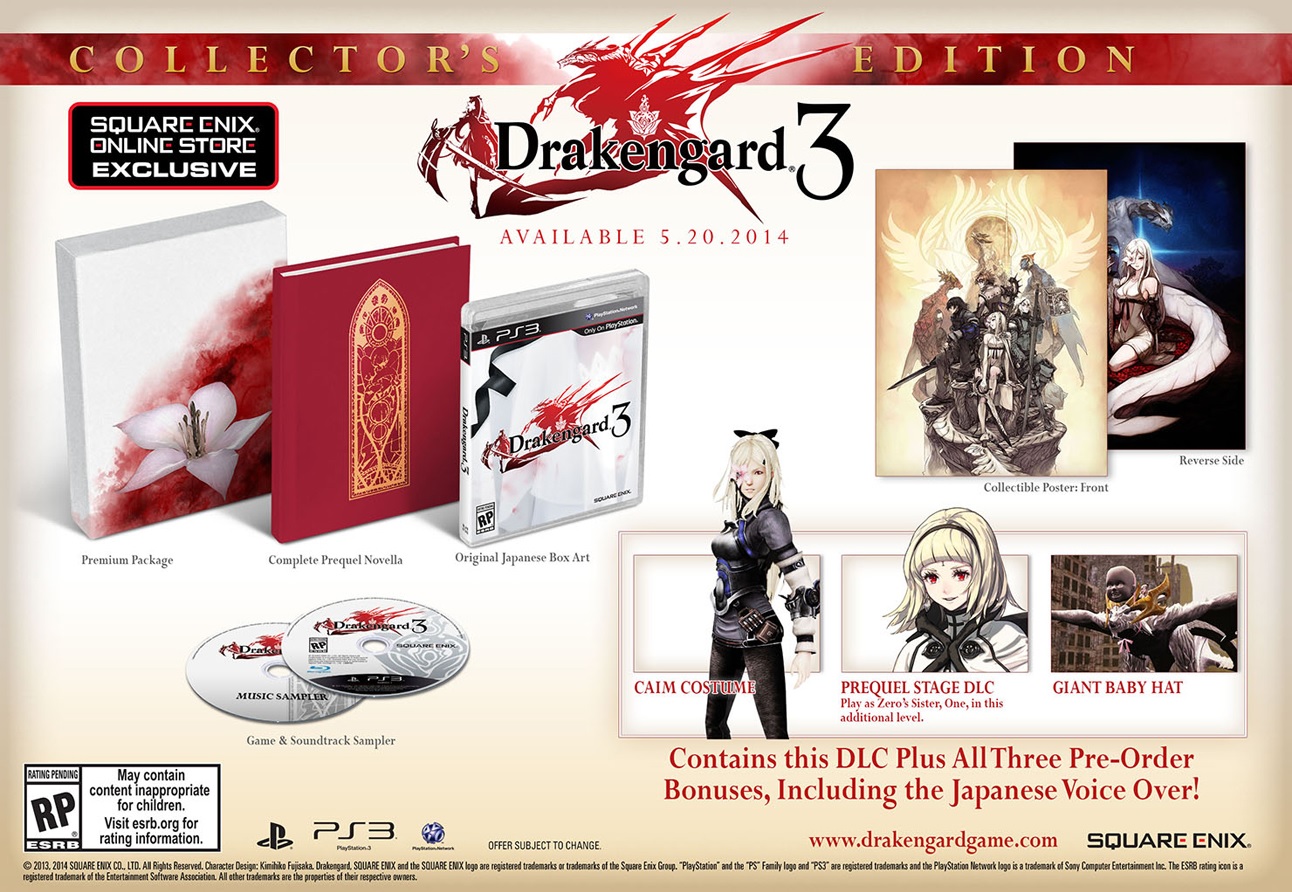 While we knew that Drakengard 3 would be making its way West, we did not know when it would finally be arriving on our shores. Well today that information was revealed as Square Enix has announced that Drakengard 3 will be released in North America on May 20th where the title will be available as a digital download and at retail, with a $79.99 collector’s edition that can be found above. As for Europe and other PAL regions, the game will be released as a digital download on May 21st.

There are also some special pre-order details for gamers in North America depending on when they pre-order the game. The breakdown of the pre-order bonuses can be found below:

As far as the aforementioned collector’s edition, it will only be available through Square Enix’s online store and only 5,000 copies will be made. It includes the following:

Have some Drakengard 3 screenshots from Square Enix USA