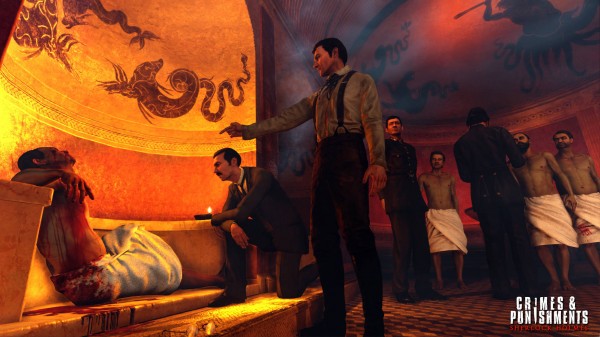 The trailer for Crimes & Punishment, a new game based on the adventures of Sherlock Holmes, has just been released. The video shows Sherlock Holmes as he tries to solve a case involving a sailor, a whale harpoon, and a list of likely suspects. The beauty of this upcoming game is that the outcomes vary depending on the choices you pick. There is no set path or choice that you have to make.

The game brings to life the peculiar quirks and mannerisms that define Sherlock Holmes. The developers Frogwares seamlessly linked together the extraordinary abilities of Sherlock Holmes with six unique investigations, all of which are dictated by your choices alone. Check out the trailer below, and if you’d like more information about the game, here is their website. Crimes & Punishments will be released for the PS4, PS3, Xbox 360, and PC in the second quarter of 2014.