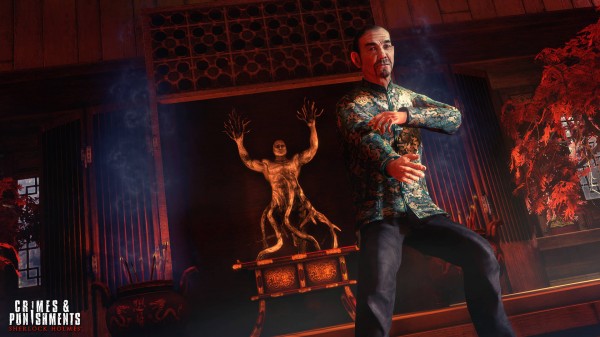 Crimes & Punishments is already a Sherlock Holmes game of note for going in a very different direction for the look of the character and giving a much more modern look over the classical hat and pipe. But, from the newest trailer it also looks like the game will be exploring the morals of this incarnation as well.

Frogwares and Focus Home Interactive seem to be going in a very interesting direction indeed with the way the new trailer looks. Having Sherlock not just solving crimes, but facing how to deal with the suspects themselves. Not sure what I mean? Just check out the trailer embedded below to see exactly what choices the good detective will be making.

Crimes & Punishments seems like an adequate title when looking at it from this perspective of what Sherlock will be choosing. Life in prison or life with their actions? None the less, it is an interesting idea giving players the ability to decide this for themselves while Sherlock himself rationalizes whichever they decide. We’ll have to see how this turns out with Crimes & Punishments releases next year for Xbox 360, PS3, and PS4.