Winter is upon us, and as the snow begins to settle here in the UK, I am warmed by the fact that this season the anime gods have smiled upon me. Why venture into the great white beyond, when I can stay inside, basking in the warm glow of my monitor and the welcoming embrace of characters I have come to love and those who I have yet to meet. Step in from the cold (or the scorching heat if you’re from Australia like most of our staff *shakes fist at the heavens*). Let me give you a peek at what’s to come and provide you with adequate reason to blow off your beloved friends and family for the next 3 months. Here are my 5 prime picks of Winter 2014. 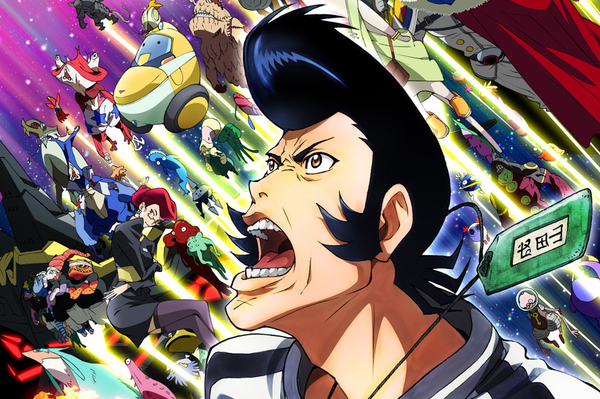 Oh, how long have I waited for this anime. Shinichiro Watanabe, why do you tease me so by hovering a new original series in front of my face and then telling me nothing about it for months?! Absolutely everything about Space Dandy screams potential and I have honestly not been this excited to dive into an anime since Watanabe’s last magnificent foray into direction, Sakamichi no Apollon. Looking to take elements from the classic sci-fi anime of the 90’s while adding a flavour that, from the trailers, I can only compare to the unique and inspired feel of Red Line or Gintama, if this series hasn’t caught your eye already, it should have. Expect a crazy, sexy, and side-splittingly hilarious romp through the universe that has no brakes and wouldn’t use them even if it had any. I’ll be sharing my thoughts on this anime week by week on our Anime Impressions page, so keep an eye out! 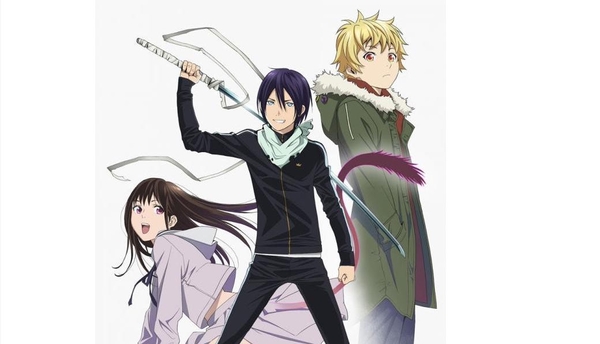 Being part of the strange faction of people that adore anime, but have minimal interest in manga, it takes a hell of an interesting manga for me to have actually heard of it. But for the last few months I’ve been swamped with people constantly telling me how amazing Noragami is and judging by the intriguing synopsis and what little of the anime has been teased so far I can see why.

The series follows a minor god called Yato who simply wants people to worship him. Though, without a single shrine to his name and no partner to help him, his cause seems lost. That is until his luck is reversed when he saves the life of a beautiful girl and in the process acquires a new partner. With his new aide, Yato sets off on his quest to become famous by any means necessary.

In all honesty, I think this series would struggle to not be amazing, considering the strength of its constituent parts. Bones, the studio behind the brilliant Full Metal Alchemist, are heading up the animation and behind them is a sublime lineup of voice actors that are all hugely experienced, from the main character right down to the lowliest of lowly support characters. With all of that driving force behind a shōnen that is quirky, funny, and packed with potential, I can’t possibly see this not being excellent. 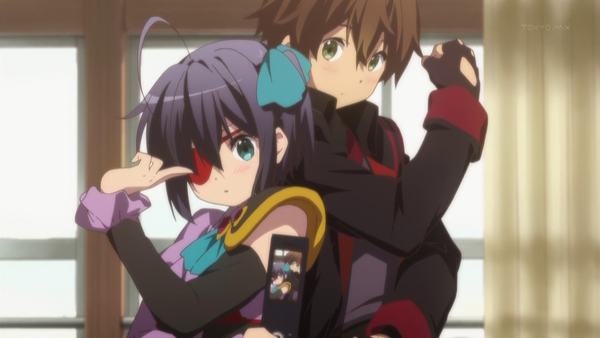 After spending a year half asleep, spawning awful series widely considered to be poor, plotless vessels, made purely to pander to a demographic, Kyoto Animation are finally releasing something that I am excited about. By no means should my pessimism regarding KyoAni be misconstrued as hate, but rather as disappointment. My relationship with them is like that of a man supporting one of the world’s best sports teams that can never win a trophy. Hyouka, Haruhi, and even Lucky Star showed me that KyoAni is one of the best animation companies in the world, but ever since they began using source material made effectively in-house, gems are few and far between.

While nowhere near as masterful as Hyouka, Chuu2Koi is still an exceedingly charming show that had me glued to my screen in season 1. It has a wonderful cast of characters that I can’t wait to reunite with and as you would expect from KyoAni it is beautifully animated in every respect. Lovers of moe will adore this show, and while I have absolutely no clue where the plot will go after Yuuta and Rikka effectively rode off into the sunset at the end of season 1, I suspect that even if it has minimal actual story it will still be wonderfully entertaining. A must watch for anyone that loves cuteness, romance, and cringey humour. 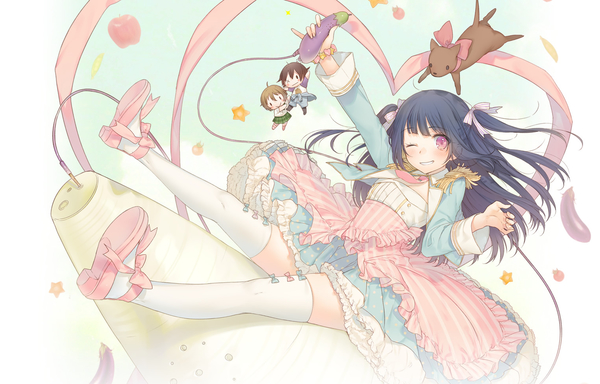 The time has come for my surprise pick of the season, Nourin, a classic romcom removed from the average highschool setting and thrown into the unknown reaches of rural Japan. It is here that we meet our main character, Hata Kousaku, in a slump of depression following the sudden retirement of his favourite idol, and national treasure, Kusakabe Yuka. After being coaxed out of bed by his friends, he turns up to class only to find that his dream girl, Yuka, has transferred to his agricultural school.

Sounds like a pretty standard shock setup for a romance anime right? Well, let me tell you why I still have faith in Nourin. Silver Link. This studio has been on a roll for a while now and judging by the art and the relatively conservative PV I am seriously hoping that this series will favour good writing over the smut which plagues far too many anime in this genre nowadays. You have my faith Silver Link, please don’t mess this up! 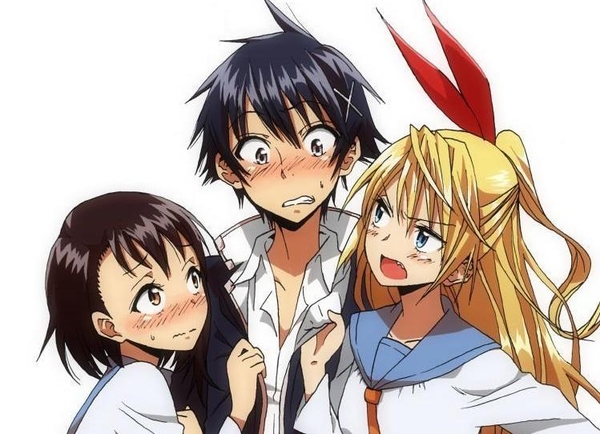 Last up on my list is an anime that has been the centre of attention among Jump readers ever since it was announced back in May 2013; Or, at least, ever since they found out that SHAFT would be producing it… Yes, that’s right, the masters of neck-bending, kanji smothering, but nevertheless, astoundingly beautiful animation are making their first … well … normal anime since Denpa Onna, a series that garnered a wildly mixed response in spring 2011.

Considered to be masters of their craft after producing Madoka and the Monogatari series, it came as a shock to a lot of people that SHAFT would be stepping over to the romcom genre which is already so saturated. But, what we need to consider is that firstly, money is not an issue for SHAFT. The Madoka movies thoroughly lined their coffers so Nisekoi isn’t a simple cash-in. Secondly, Nisekoi is just about short enough that it is still conceivable that SHAFT could cover all of it, given a couple of series, much like how To LOVE-Ru was handled by Xebec. This isn’t a show like One Piece or Naruto which is so long that it would be obscene to ask for crisp, perfect animation all the way through so Jump might have just wanted the best people for the job, rather than the cheapest. All signals point towards an adaptation that SHAFT really want to put their own label on and I can’t wait to see if their midas touch strikes gold once again, or if Nisekoi will fall flat. Hell, they’re only human after all.