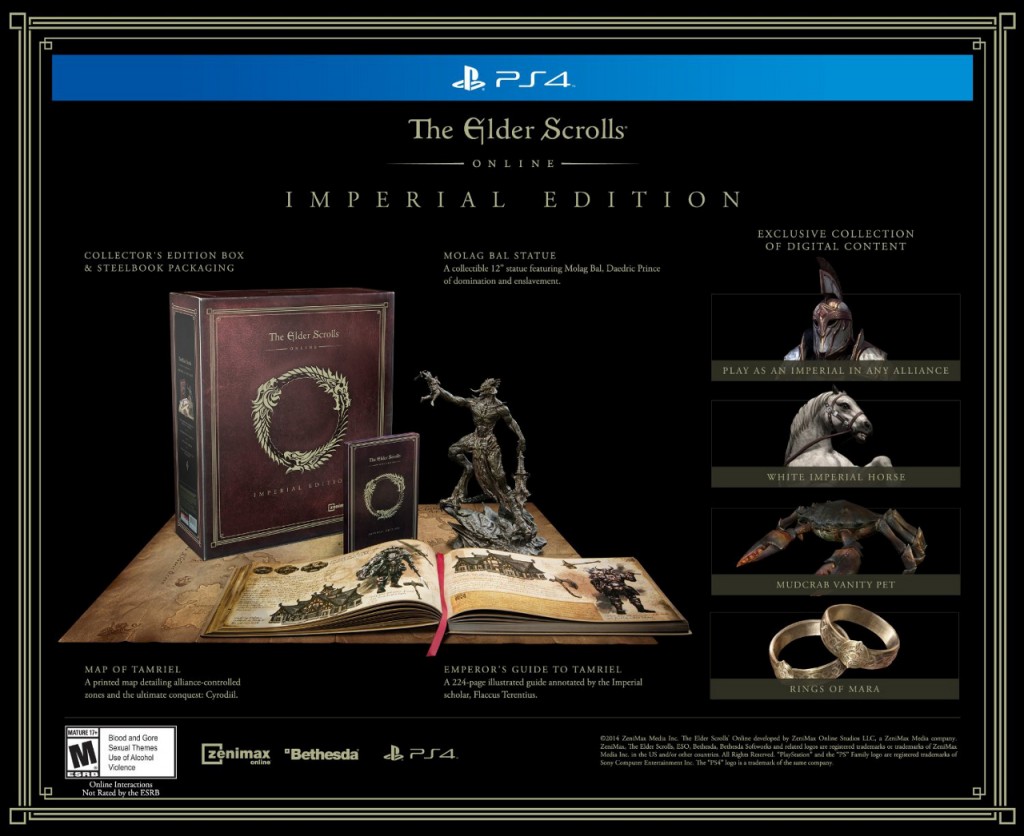 Click through to enlarge and better read the print

In an Amazon listing for the Dishonored Game of the Year Edition, a Bethesda release, the above image was found and has since been taken down. It reveals the as-of-yet officially unannounced The Elder Scrolls Online Imperial Edition and its contents.

As you’d be able to tell by clicking through, the Imperial Edition is set to include a steelbook, a 12-inch statue of the Daedric Prince Molag Bal, a map of Tamriel, and a considerably large 224-page “Emperor’s Guide to Tamriel”. In regards to in-game bonuses, Imperial Edition owners will receive the ability to play as an Imperial inside any alliance and will be gifted a a white Imperial horse, a Mudcrab pet, and two Rings of Mara. This is certainly a nice package for hardcore fans… it shouldn’t be too long (especially after the leak) until its official announcement.

Skyrim gets a $20 price cut all over 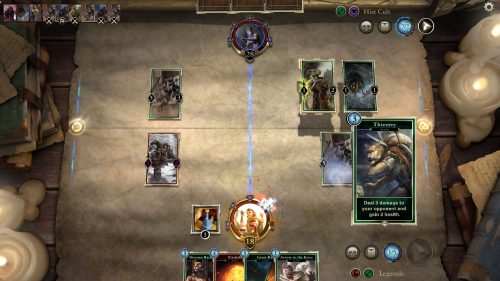