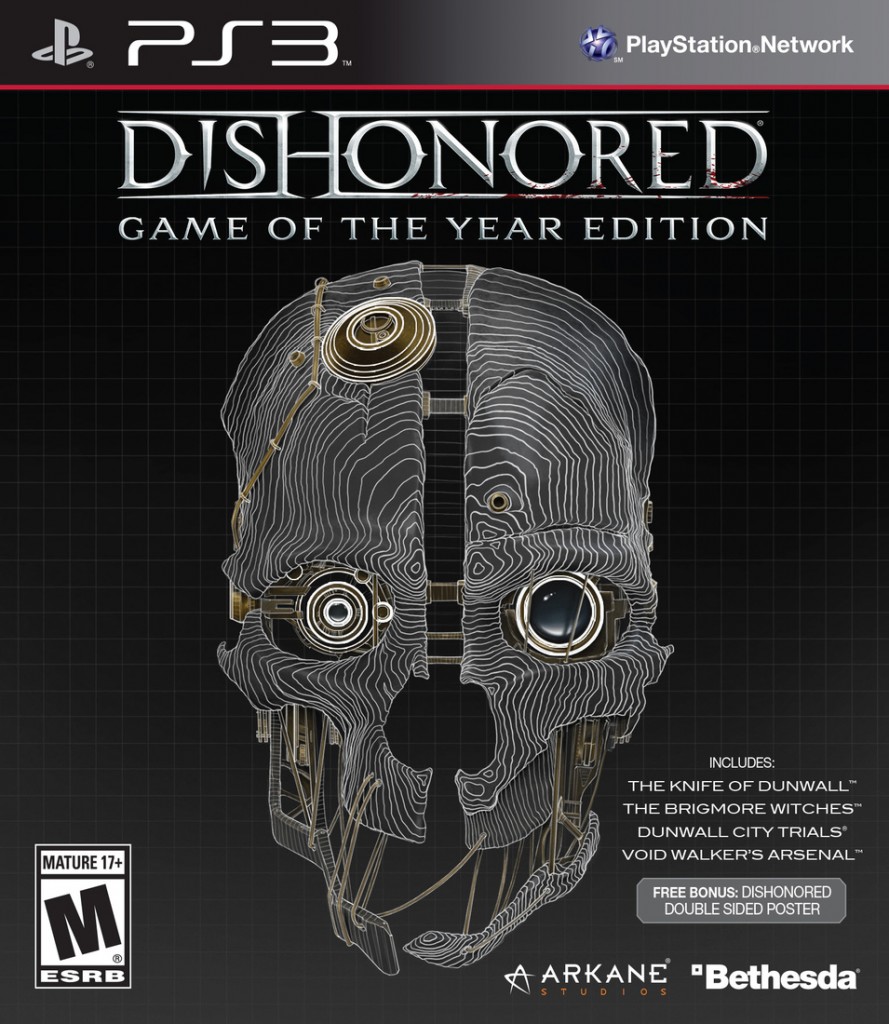 Bethesda have just officially announced plans to release a special Game of the Year edition of their wildly popular stealth action game Dishonored.

The Dishonored Game of the Year Edition is slated for release on the 10th of October 2013. It comes bundled with a plethora of add-on content to give you some more bang for your buck. Included in the Game of the Year edition is the following downloadable content: Dunwall City Trials, The Knife of Dunwall, The Brigmore Witches and Void Walker’s Arsenal.

You can check out the packshot for the PlayStation 3 version of the Dishonored Game of the Year edition above. This edition is set to release on PlayStation 3, Xbox 360 and PC. Be sure to pick up this new edition when it releases next month.