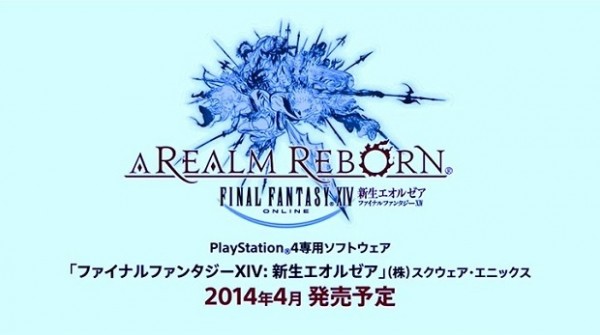 It was revealed during the annual PlayStation Awards in Tokyo, Japan that Final Fantasy XIV: A Realm Reborn would be making the jump to the PlayStation 4 in April 2014. While the announcement was made in Japan, Square Enix also revealed that beta testing for the PS4 release would begin worldwide starting on February 2, 2014, which is the same date that the PlayStation 4 launches in Japan.

It also means that we can expect the Western versions of Final Fantasy XIV: A Realm Reborn to also be available on the PlayStation 4 in April. It was also announced during the event that producer Naoki Yoshida will be showing off the title on December 14 where the broadcast will also feature content from the 2.1 patch set to be released on December 17.