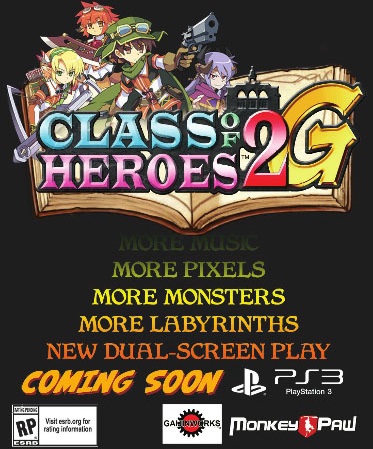 It looks like shortly after the shipping out copies of Class of Heroes 2 on the PSP a few months ago, Gaijinworks and MonkeyPaw aren’t about to sit idle for the rest of the series. After a preview of a new video game magazine Retro went live, an ad appeared in the preview saying that Class of Heroes 2G would be “Coming Soon” to the PlayStation 3.

The game was first released in Japan in July 2010 and it features a number of upgrades over the original version, such as additional voice work for NPCs, more in-game music, a dungeon called the Gate of Darkness, trophies for players to unlock, something described as dual-screen play, and of course better looking spritework. 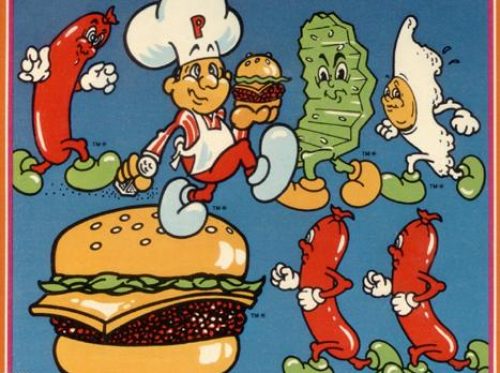 BurgerTime HD gets officially rated by the ESRB…