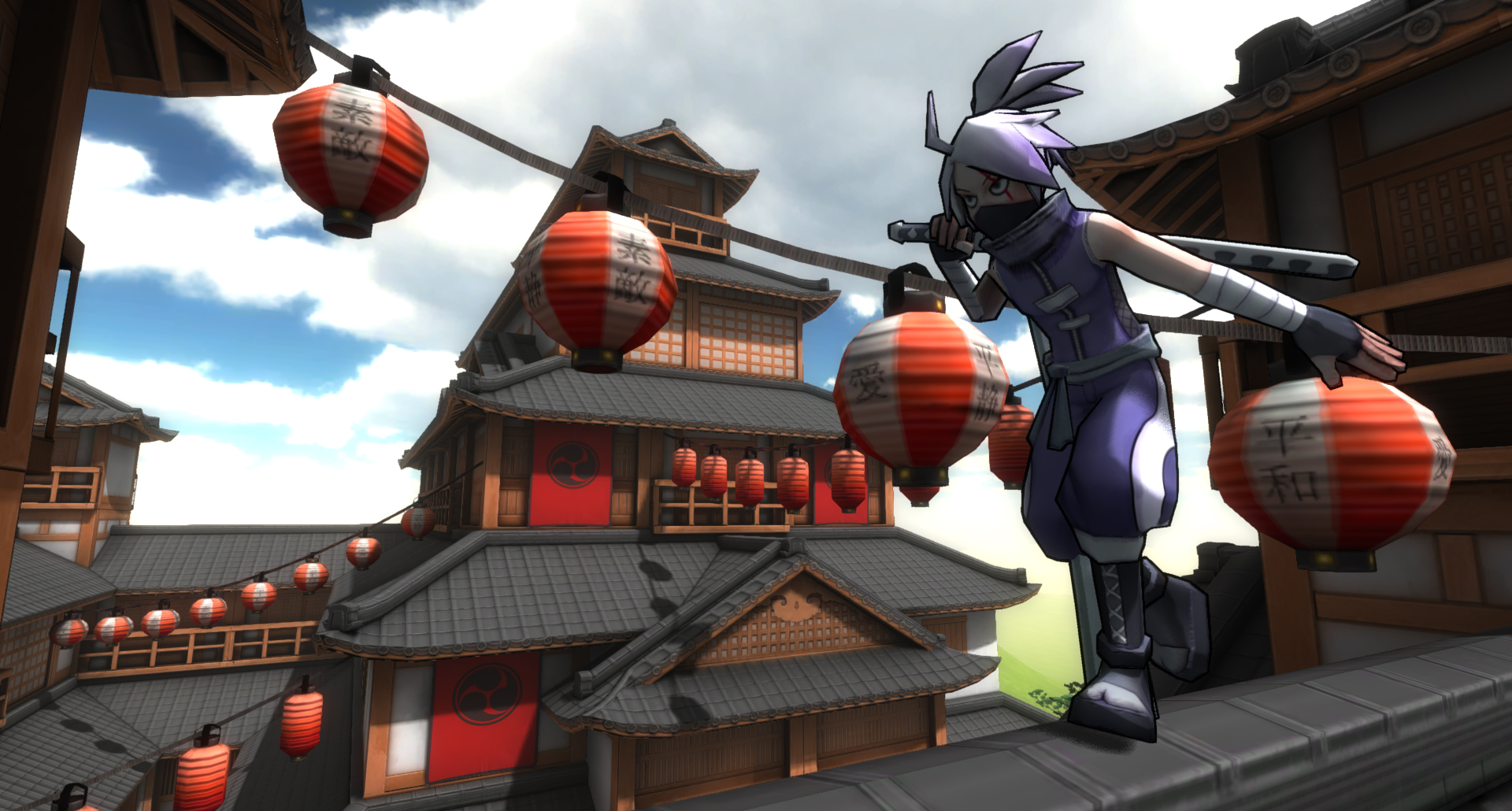 Melbourne-based developer Ruma Studios has recently released their newest title: Zombitsu. The game is a combat focused runner that takes inspiration from third-person platformer and arcade combat games, with an anime style inspired by Naruto.

ZOMBITSU (noun: zom-bit-su) – a traditional form of Japanese sword combat against warriors of the undead.

The evil Lord Nakatomi has torn apart your land and unleashed his army of soldiers for total destruction. Play as Hiro, the last known Zombitsu expert, on his epic journey through the glorious streets of his Japanese village, the devastated lava world and the picturesque floating kingdom. Run, jump and fight your way through the hordes of zombies to become an unstoppable ninja. Are you brave enough to take the challenge and save your world?

Perform devastating combos as you run and jump your way through randomly generated levels to stop the zombie ninja hordes unleashed by the evil Lord Nakatomi. Complete over 30 missions to unlock new combos and powerups to become the most powerful ninja in the land. Zombitsu combines the momentum of the runner genre with random levels, combat challenges and platforming to create a unique take on a tired genre. It also makes use of an anime art style in the same vein as Naruto to create a visually memorable experience.

Zombitsu is available now for free for iOS (iPhone/iPod/iPad) on the App Store and Android devices on Google Play. For more information, visit the official site and Facebook page. Check out the screenshots and concept art below and get ready to kill some zombies. Can you unlock the secrets of Zombitsu?