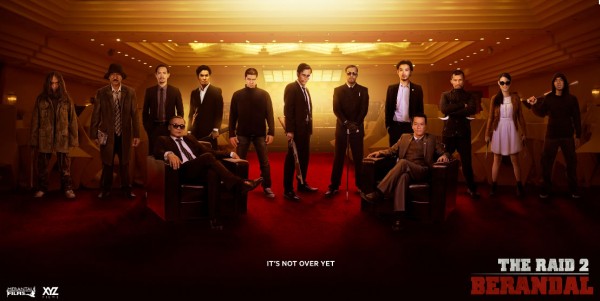 Gareth Evans’ follow up to the brutally violent Indonesian martial arts/action film The Raid: Redemption promises to be even more so. Its intense teaser trailer was just released and can be viewed embedded at the bottom of the article.

This hardcore piece of cinema will reach theatres in the first half of 2014, with Madman Entertainment bringing the picture Down Under. Although taking place two hours after the first movie, The Raid 2: Berandal will not be restricted by the formula developed by its predecessor, and adapted by Dredd (purely coincidence, I’m sure). Iko Uwais returns as the lead, diving head first into the criminal underworld on a larger scope. The film is also a significantly larger production, with a higher budget and more locations used within Indonesia.

This sequel is once again co-produced by XYZ Films and Gareth Evans’ production company PT Merantau Films. Don’t forget to check out the teaser below. Be warned: punching a concrete wall is never a good idea, okay Hulk?