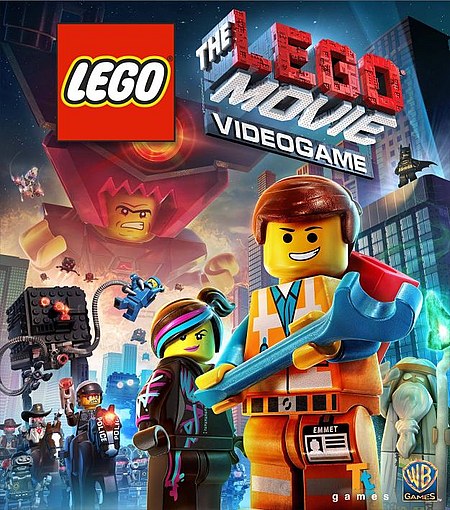 The videogame about the movie that is based on toys, yes that’s the simplest way to put it. Everyone knows and love Lego from their childhood. Many of us probably spent hours stacking the multicoloured blocks as high as they could go before they ran out of pieces and smashed it down like Godzilla. Well Lego has come alongway from being a simple toy chain and is now a massive brand with videogame, televison specials and movie adaptations; the latest being The Lego Movie.

For those unaware, here is the official description of the game based off the simply titled film.

The game will bring players into the humorous and action-packed role of Emmet, an ordinary Lego minifigure mistakenly thought to be “The Special”—a character prophesized to save the world from an evil Lego tyrant. Throughout the game, players can harness the awesome power of the Master Builders to construct new extraordinary Lego creations, while taking on the role of more than 90 playable characters inspired by the film in 15 exciting levels. This is going to be an authentic Lego experience like never before, with a brand new Lego visual animation style which simulates the movement and feel of actual Lego toy sets.

Warner Bros. has today released the cover art for The Lego Movie Videogame. The cover features the game’s underprepared hero Emmet and a his band of unlikely resistance fighters including the spunky Wyldstyle, the wise Vitruvius, and Batman. Yes, Batman. You can check it out in the above picture. The Lego Movie Videogame is releasing for every current and next gen console in February of 2014, you can check out our hands on preview to find out our thoughts on the game. The movie releases on the 7th of February.