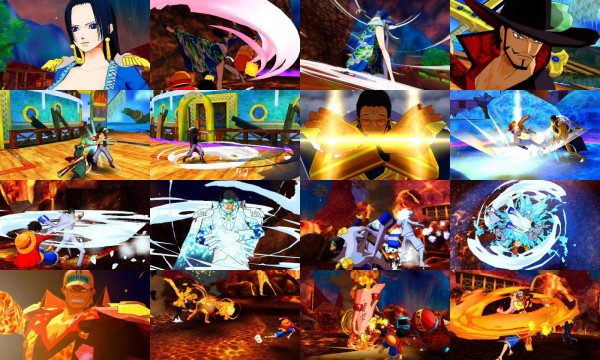 Namco Bandai have been rolling out all the good stuff over the past couple weeks with their video and information releases regarding the brand-new One Piece game for the Nintendo 3DS; Unlimited World Red. It seems as though, almost weekly, we’re given another video, set of videos or new information regarding the new title and, considering the game has already been released in Japan, I would have thought the releases would be over, well I was wrong because they’ve begun streaming another three short videos that show off three more bosses which are fightable in-game.

Trafalgar Law, Dracule Mihawk and Boa Hancock are the three bosses that are shown within the videos and, I have to say, these fights are looking fantastic! All the One Piece fans outside of Japan, including myself, are hoping that this game gets a Western Release because it’s looking like the “next big thing” but for now all we have are these videos to get us through until we’re given our game. All three of them are below so head down and enjoy them, don’t forget to hit up our comments section too so you can let your voice be heard!

Crunchyroll Announces It Will Be Streaming One Piece Anime