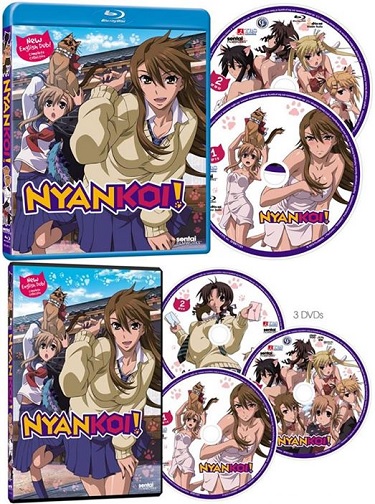 As you may already know, Sentai Filmworks is re-releasing Nyan Koi! in North America but this time they are also giving the series an English dub after their initial release back in 2010 was subtitle only. As such, the company has revealed the English cast which can be found below:

Nyan Koi! is currently set to be released on DVD and Blu-ray on December 31st after being delayed from September 24th.