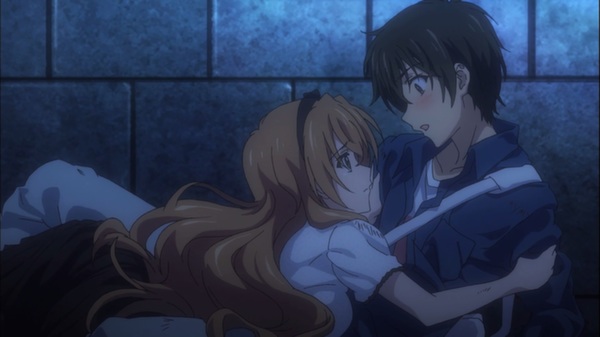 Finally, drama! After weeks and weeks of teasing us with hints of Banri’s past, light has finally been shone on the situation, lifting the veil of mystery and providing me with the emotion I have been longing for. No kidding, a small tear began to well up in the corner of my eye for the first time in a while. Far too long I have waited for a good old fashioned romance that can invoke that kind of emotion in me. Ironically, the last one that reached that level was Toradora. Yuyuko Takemiya really knows how to play on my heartstrings with her light novels and J.C. Staff seem to always do a fantastic job of translating them onto the small screen. Golden Time has the potential to be the anime of the season and considering that it is going toe to toe with Kill la Kill as a 2-cour anime, ending as spring begins to break through the clouds, that is extremely high praise. 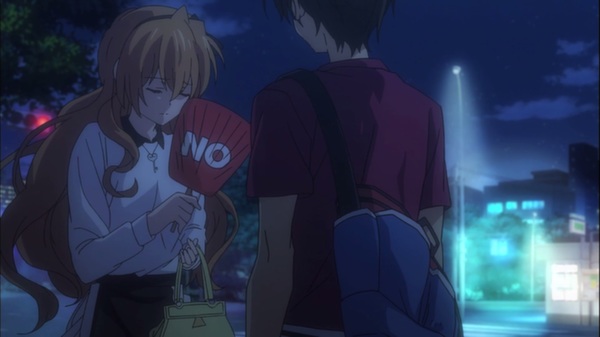 Why the sudden onslaught of compliments you may ask? Simply put, it is because the chips were down and everyone’s hands were thrown on the table. There was no messing around like last week. Banri took the initiative and demanded answers after months of being left in the dark about everything around him. Recollecting how he was in love with Linda for so long was the spark that lit the fuse; always treated as a friend, until the old Tada Banri was cast from his body, and replaced with the person he is now. I’m no stranger to being ‘friendzoned’ and I can vouch for Banri – it sucks. The parallels that Golden Time draws to my life and I’m sure the lives of many others are astoundingly accurate, but never moreso than when Banri just decided that enough was enough. Finally breaking, he posed a great John Mayer lyric to Kouko; friends, lovers, or nothing? 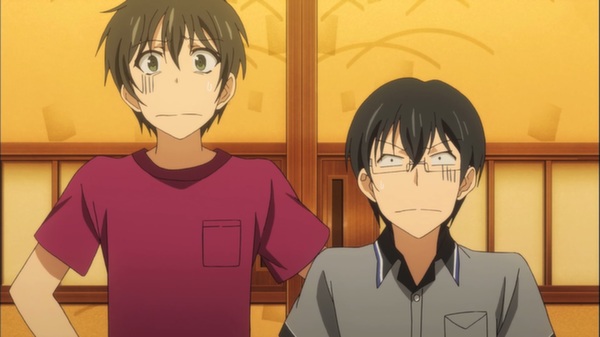 As for Kouko’s reaction to his advances, I am unsure of how to feel. Undoubtedly, rejecting him and then sprinting after and crashing into him on a bike when he was about to jump off of the bridge was incredibly romantic. Hell, I sat up from my warm bed, embraced the cold English air, and declared, “Yes! YESSSS!” to the world because I couldn’t be happier that they are finally going to get together… However, I am unfortunately burdened with the knowledge of how that would end in real life. Clearly Kouko is not entirely over Mitsuo since it was her outburst at him that caused Banri to finally break, and beginning a relationship with someone when you are not ready is never a good idea. She said herself that her emotions were still paralysed and she took shelter in Banri after realising that he was the only one that understood her. Maybe I give women a bit too much credit, or I am secretly caring underneath my asshole exterior, but nurturing her recovery seems more important than Banri being able to wear the coveted ‘I-Have-A-Girlfriend’ badge. Having been on the receiving end of the friendzone, I can understand Banri’s pain, but realistically she needs more time and I hope that Golden Time addresses this issue, especially considering how true-to-life it has been thus-far. 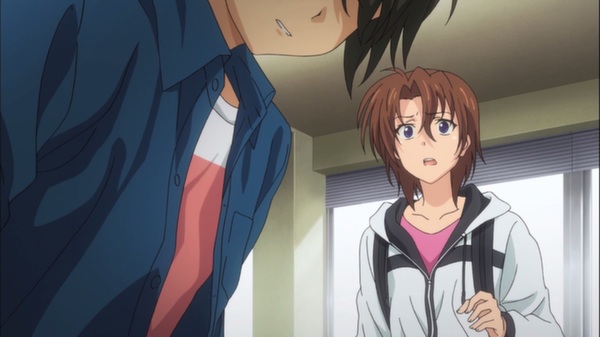 I can’t believe I’m saying it, but that wasn’t even the most exciting part of the episode. I could have never expected how Banri would drop the news to Linda that he was finally aware of her façade and her reaction was just as surprising. After being rejected in amongst all of the rest of the confusion in his life, the weight placed on his shoulders must have been huge and eventually he lost his cool. The normally calm and calculating Tada Banri dropped his guard and erupting like a volcano he let his memories fly out, catching Linda unawares and opening a whole new window of possibilities for future episodes. Banri’s once unrequited love seems to now be mirrored in Linda and considering that she came to look at the hospital every day and was so desperately trying to tell Banri that it was not her fault that she was acting so distant there is definitely something there that will not fade just because Kouko is Banri’s new girlfriend. 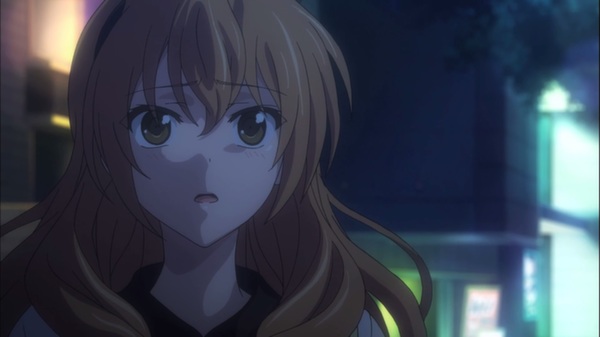 Conflict with a chance of rain is my forecast for the future of Golden Time. Maybe not next episode since I can only assume that will exhibit the newly in love Kouko coming to terms with everything and most likely being exaggeratedly in love which, I can only guess, will be adorable and hilarious. The spirit of Tada Banri loved Linda for a reason and now that the chance is there I can’t imagine he’ll be quiet about it even though he can’t speak to him directly. Kouko and Banri are together, but for how long? Stay tuned and find out. 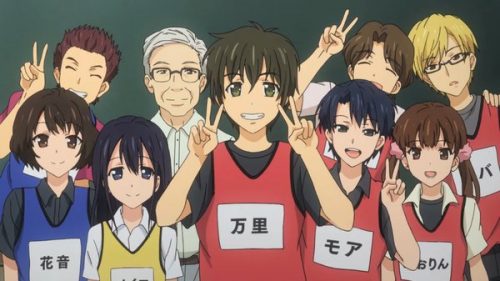