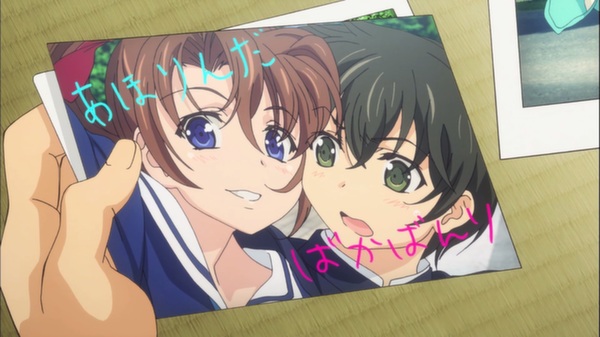 One of my greatest fears in life is the thought of losing my memories, be it through age or by other means. My memory is already bad enough as it is… Hell, I’d forget this review every week if I didn’t have an alarm set and a housemate telling me how awesome this week’s episode was before I’ve even gotten around to watching it. Undoubtedly, not knowing who he was must be incredibly painful for Tada Banri, but there is someone else who has it a lot harder. The newly introduced soul of Tada Banri. A shadow of his former self, doomed to watch everything that made him who he was crumble around him. Golden Time just keeps getting more and more interesting and with his introduction things just got a lot more complex. 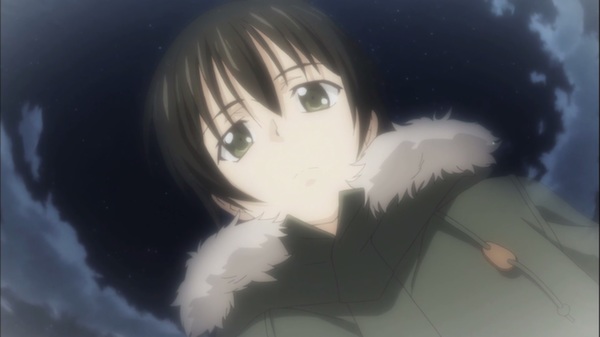 After last week’s deep insight into Kouko’s real personality it would have been easy to simply have her act upon Banri’s confession and this episode could have been an awkward first date or something similar. Thankfully though we managed to avoid that colossal pile of cheese and instead we were provided with an extremely engaging episode packed with explanation.  We have been teased for weeks by little hints of Banri’s backstory and this episode served as a much needed thread and needle to sew all of the pieces together. It turns out that him and Linda used to be extremely close, but when the accident happened he suddenly became  a different person and she is pretending to not know anything about it. Why is she denying any knowledge of her friendship with Banri? Initially I thought that it might just be her attempt to get him to feel the same way about her all over again, but after hearing the soul of Tada Banri’s ominous words at the end of the episode I don’t know what to think. 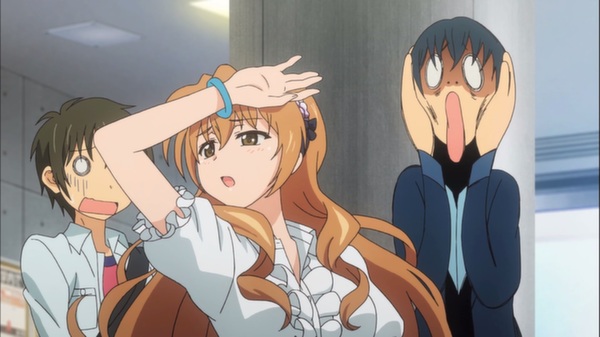 Speaking of his soul, I don’t think I have ever seen anything featuring amnesia where a person’s lost memories have been personified. By making him a standalone character it is impossible to forget the fact that he is a new Tada Banri, different from the one that his family and friends knew and loved. The sheer lack of any emotion on his ghostly face made his presence unsettling and strange to the point where you actually felt quite sorry for him. For all intents and purposes, he is dead. A phantom, forced to watch as his body carries on living as a different person, breaking all of the links that he spent his life building and neglecting the people that he had cared about. 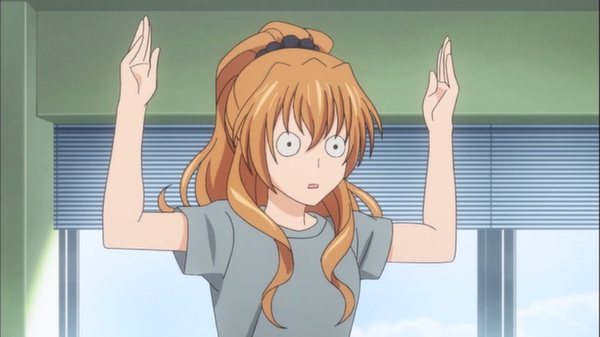 I am incredibly impressed with how J.C Staff are handling the pacing of this series after their muddled start in episode 1. This episode managed to explain so much while still having the time to be the funniest episode of the series so far, not to mention dealing with the aftermath of Banri’s confession that we saw at the end of episode 4. It would have been very easy to have Kouko spend several episodes devastated by her loss of Mitsuo and having Banri cheer her up, but that would have been hideously boring and generic. That idea has been used so many times in hundreds of dramas and it would have really sucked the life out of Golden Time which survives on its strong sense of comedy intermingled with realistic and powerful emotions. Instead, Kouko put on a brave face and was clearly trying her best to move on with her life which was refreshing to see in an anime. In the real world if you get dumped you have to bite your tongue and carry on, so it was a testament to how true to life this anime is to see her not crying in her room for 3 episodes. 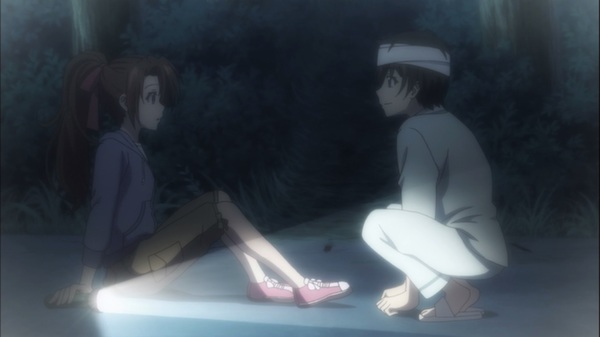 If what I think will happen turns out to be right then the next few episodes will be rife with emotion and a huge burden will fall upon Banri’s shoulders very soon. The soul of Tada Banri seemed hollow and tormented at the end of the episode when he stated, “I want to tell you … what Linda meant to me.” So far, Banri doesn’t know what his relationship was with Linda before the accident, but clearly she was very special to him. He kept the picture of them together safely stored away for a reason and there must have been something driving Linda to signal him through the hospital window every night. If they were in love before then how will that impact Banri and Kouko’s new “friendship”. She made a huge point of friendzoning Banri this episode which I thought I would dislike at first, but it is probably a sensible decision. As she said, her emotions are still a little paralysed and if she were to start a new relationship with Banri she wouldn’t really know how to feel. If it turns out Linda was his girlfriend before the accident then what does that mean for Banri? 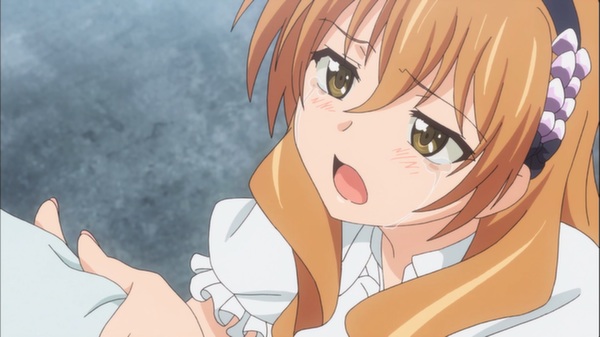 The facts are shrouded in mystery, but I am desperate to find out the truth! I thought that after Attack on Titan ended it would be a while before something made me this excited for a new episode every week, but Golden Time is becoming like a drug and I can’t wait for episode 6! For more awesome reviews of this season’s best and worst anime, head over to our Anime Impressions page. 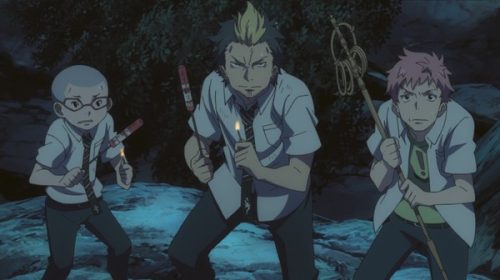