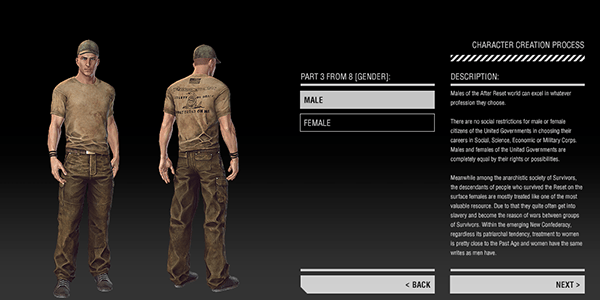 Black Cloud Studios released an update to their After Reset Kickstarter to answer questions that have come up with the high goal of their Kickstarter campaign and what the Director’s Cut content will provide gamers. The team assures that the content provided will be more focused around extra animations in games and they are floating other possibilities like the child killer status from Fallout 2. Additionally, the character creation process has been revealed in this update. Within the reveal is a look into the lore of After Reset and several images based on the design document for the game.

After Reset is a RPG that hopes to serve as the spiritual successor of the Fallout 1 and 2. The team is seeking $900,000 on Kickstarter to develop the game for a projected December 2015 release.