Throughout the last week Valve made three big announcements, dishing a little bit of dirt on three forthcoming products that everyone has been suspecting for varying degrees of forever.

First to hit the fan was the Steam OS, an operating system combining the existing Steam client with the Linux operating system. Then came the Steam Machines, trampling over everyone’s established opinion by ditching the word ‘Box’. Lastly came the Steam controller, a logical inclusion to the line-up that inspired Photoshop users the world over with it’s weird little owl eyes.

Now if asked to define myself as a gamer, I’m primarily a console person, but I like and enjoy Steam as much as any other person with a half decent PC. I consistently buy games in the sales and never play them, gazing longingly at some of the titles in my library before booting up yet another session of Civ IV.  I’m not a Steam nut, but I’m not ignorant of it either.

So as a console person with a bit of a PC tint, what do I think of Valve’s triumvirate? 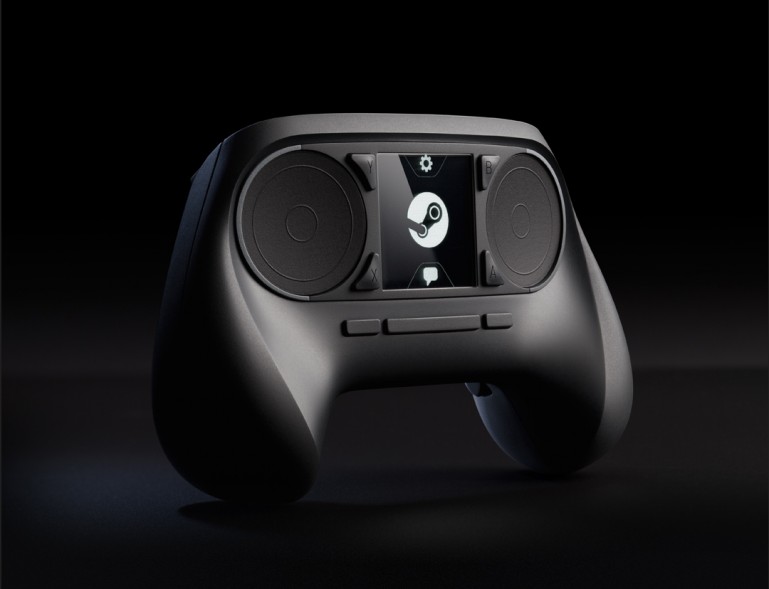 The main thing that sticks in my mind is the ballsiness of the controller. Neither Sony nor Microsoft has been particularly innovative with their controllers recently, and Nintendo is off in its own little world as always. Valve’s controller, completely lacking in sticks and instead complete with two touch pads with haptic feedback, is quite clearly staking claim to its own unique patch of turf. Yes it has a touch pad like the PS4 controller, yes it keeps the general shape, but do you see any of the other hardware companies completely ditching a staple of the last three generations of controller design?

Obviously I haven’t used it, so I can’t comment on its effectiveness as a controller, but as a statement of intent I think it’s great. What concerns me about the game industry and even other forms of media is the current trend for churning out more and more of the same old stuff in both software and hardware. It’s safe. It’s boring. That thing up there is not.

What else? Promoting your operating system as free, your hardware as hackable – it flies in the face of Sony, Microsoft and Nintendo’s tightly controlled console environments. Valve has a history of inviting their consumers to mod their stuff, and with this hardware release they aren’t abandoning that principle – even the controller will eventually be moddable right down to its wiring. That’s madness to a console gamer, fantastic madness.

I don’t know if I’ll get myself a Steam Machine because heck, there’s not enough info yet. But does it look like a viable option to me? Yes. Will it cost me less than a PlayStation 4 or Xbox One? I would bet yes. Are there cheaper prices in the Steam store when compared to the ridiculous Australian games market? Yes.

Steam Machines are unlikely to kill off consoles, and certainly not right off the bat. For console gamers the next Sony and Microsoft machines are always going to have star power, and pending any enormous PR or hardware failures that is not going to go away. People need time to start identifying with a hardware brand, to become an Xbox person or a PlayStation person – or a Valve person. Of course there are already some devoted Valve people out there in the form of Steam’s millions of users, but these are PC people we’re talking about, and they don’t change for anybody.