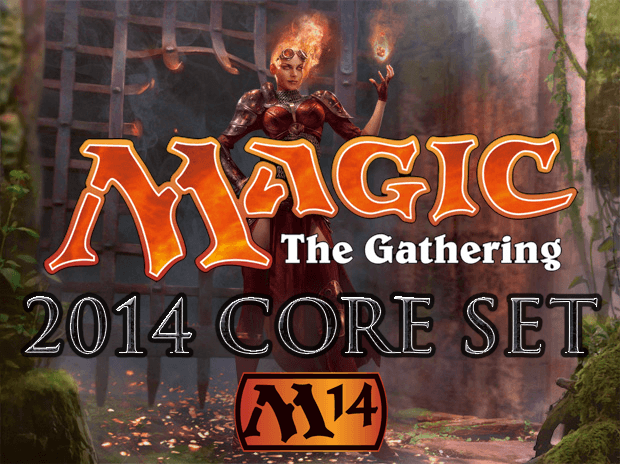 Magic the Gathering has been around a long time, and is a game that has been adopted by thousands of players all over the globe. With the recently released Magic 2014 Core Set (Check out our coverage of the 2014 pre-release events here), the game has not only managed to keep its current player base, but also brought back previous players and picked up a few new ones along the way. To keep up the momentum, Wizards of the Coast have announced their upcoming Magic Celebration Day. Head down to your local gaming store and you will be able to play with some of the newest cards in the game, completely FREE.

In this special format event, all players will receive a Magic 2014 booster pack. After tearing open their pack and gawking at the goodies inside, players will then pick which colour they want to play with for the remainder of the event. You will then be given a “Sample Pack” of thirty cards of your chosen colour. These “Sample Packs” can be customised with those you found in your booster pack. The format is friendly for all ages and all skill levels, as aside from one or two cards, everyone will be on a level playing field. 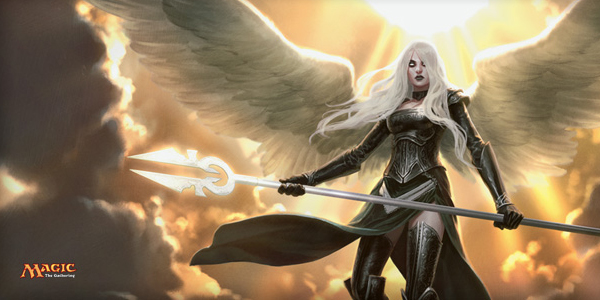 After a player has completed three matches against different opponents, they will be given another Magic 2014 booster pack completely free. Participants will also receive an achievement card to chart their progress through the event, with some locations offering additional prizes as incentives.

60 Magic the Gathering cards for absolutely nothing. If you are looking to get into Magic, or are an older player who has since left the scene and has been waiting for an opportunity to return, then now is your chance. The Magic the Gathering Celebration Day will be running this weekend, September 7th at many local gaming and hobby shops. As one last little incentive, players will also receive a code for free DLC for the digital-exslusive Magic 2014: Duels of the Planeswalkers game, which is available on Xbox 360, Playstation 3, PC, iPad and Android (check our review here). As always, for all the Magic the Gathering news, stay tuned to Capsule Computers.

Are You Ready to be Born of the Gods?