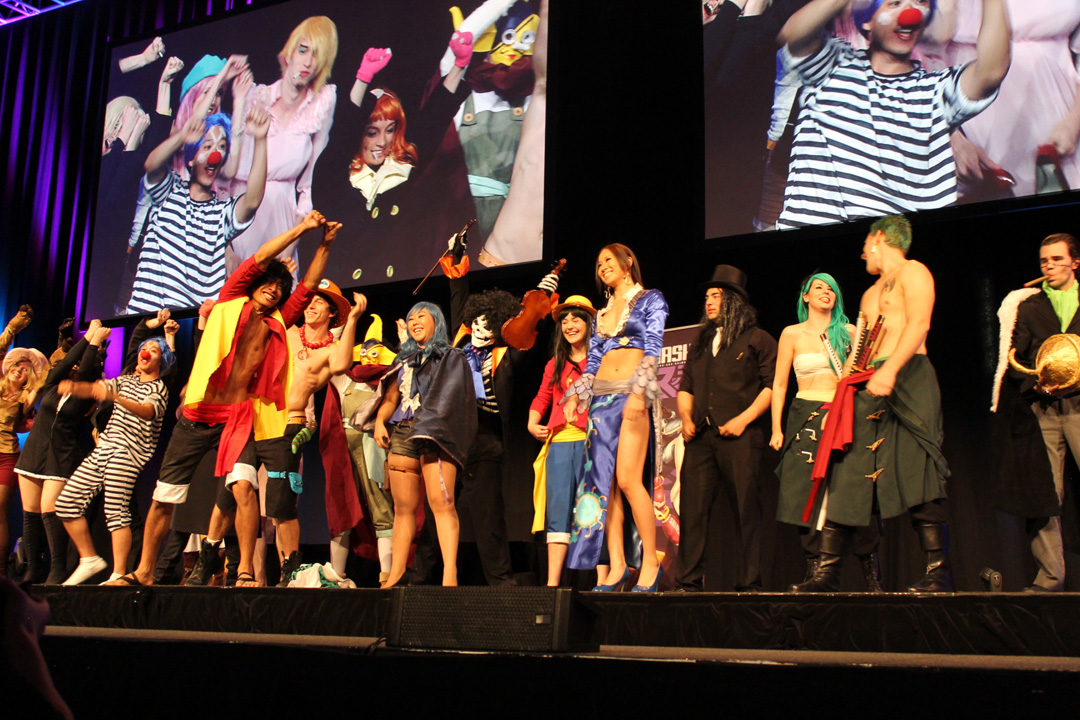 Dreamin’, don’t give it up everyone

With SMASH! 2013 coming to a close it was time for one last performance. Only this time, it wasn’t guests or panelists taking to the stage, it was the cosplayers. The fans who go the extra mile and create costumes that make you wonder how they did it. For the Madman Cosplay Competition, costumed attendees gathered from across the convention hall in order to win the grand prize: a return flight to Tokyo!

The stage was set, the music playing. Showtime!

The competition was extremely varied. From warriors to schoolgirls, angels to Italian plumbers. There was even an appearance by Finnpool, the unholy fusion of, you guessed it, Finn and Deadpool. Strange. At one point the stage was packed with a swarm of One Piece cosplayers, Monkey D. Luffy, Zoro, Crocodile…Monkey D. Luffy again. Even Buggy made an appearance. Whilst some cosplayers simply showed off their costumes, others prepared skits to go along with their assumed identities. These included a Love Live dance performance and and a very…suggestive musical performance by Naruto and Sasuke.

SMASH! guest Haruko Momoi joined the panel of judges, ready to choose the winner from the numerous entrants. After deliberating for some time, a winner was revealed. Sporting a very detailed suit of armour and now one return flight ticket heavier, I present the mysterious winner: 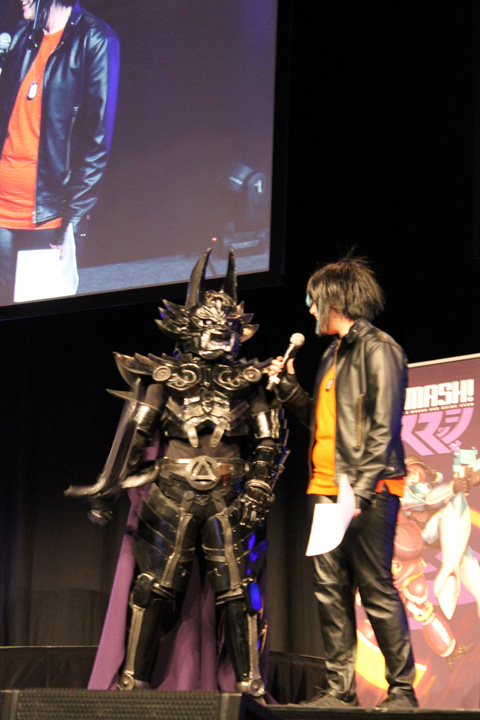 I don’t think that’ll get through customs

Congratulations to all those who entered and showed off their cosplay costumes, an awesome effort by all. See for below.