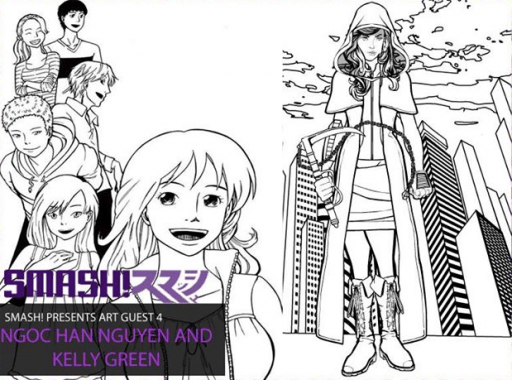 Homegrown Manga artists Kelly Green and Ngoc Han Nguyen ran the “How To produce Manga” panel at SMASH! 2013 this year and what a great job they did at it! You know a day is going to be fantastic when it, more or less, begins with a panel on how to produce Manga and when it’s a panel as good as this one you know that what follows in the day will be just as good. Both Kelly and Ngoc have been immersed in the world of Anime and Manga for many years and have both studied and produced Manga in their time so they were the perfect duo to be up on stage giving us “young hopefuls” some interesting and helpful tips. 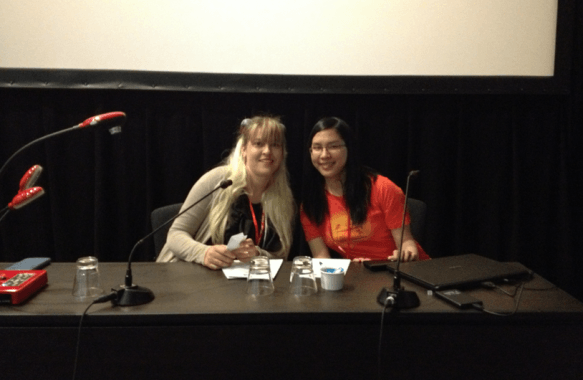 They went through the different types of Manga that one can create and explained each of them to us. From Shonen to Dojinshi they explained both the positive and negative sides as well as what to do and what not to do when creating such types of manga. The audience was introduced, once again, to the “5 Ws” which are; who, what, when, where, why. Kelly specifically went on to explain that, in Manga, you cannot just “put something in because it’s cool“, an artist needs to fit everything into the universe he/she has created and, even though it’s a fictional world, it still has boundaries and rules that need to be followed. No matter how crazy it is, the story needs to be honest. 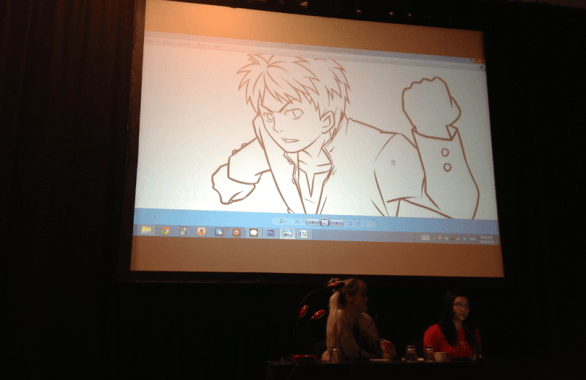 Both Kelly and Ngoc had also done some drawings for the audience beforehand that showed their takes on the different Manga types and how they would portray it. They showed us their very own Manga panels and took as through ways to set out drawings and scenes so that it grabs the audience. The key piece of information that they had given us was to make pages flow in a way that forces the audience to turn the page in suspense which can be done in many ways; having a panel closest to the corner to lead a reader on or having a scene on the turn of a page that will startle or intrigue a reader were just two great ways they outlined. 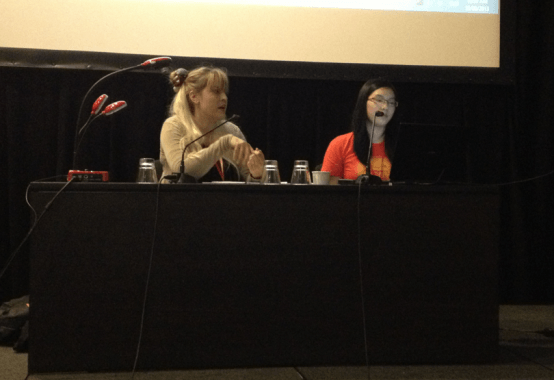 Social Networking was mentioned, by the ladies, to be a fantastic way to spread your name and gain a following and how through that somebody can start a great career in illustration so it’s all about “getting yourself out there“. “Do NOT buy How To Draw Manga books!“, Kelly went on to explain that they teach you the very basics and the way to get good is to draw from real life and, most importantly, you must “draw what you see”. Before leaving us for the day the ladies explained that you can not just become a Manga artist overnight, that it takes hundreds and hundreds of hours to master an art yet that shouldn’t discourage people at all because it is the passion in a work that makes it a success and we should all aim to put that passion on the page.