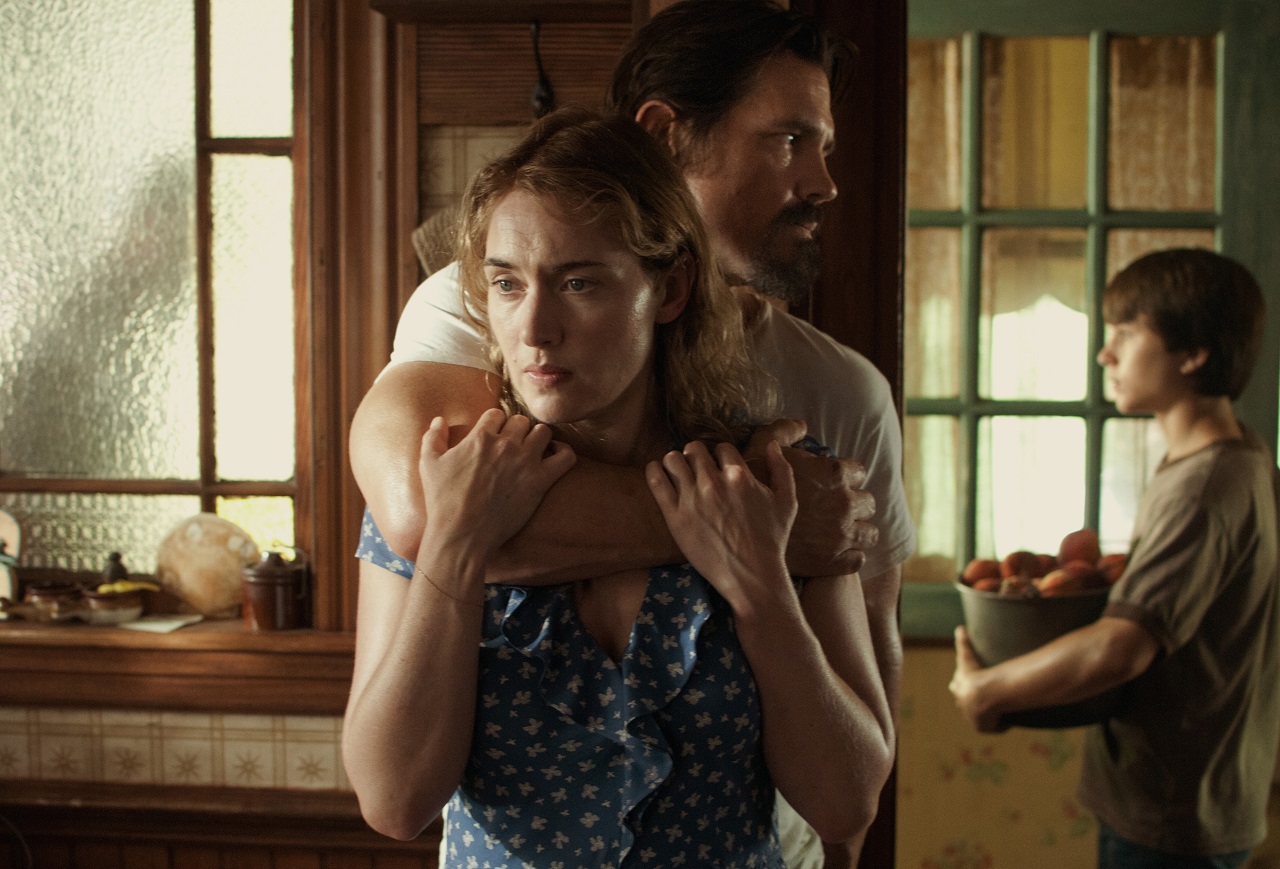 (Left to right) Kate Winslet as Adele, Josh Brolin as Frank and Gattlin Griffith as Henry in Labor Day directed by Jason Reitman to be released by Paramount Pictures and Indian Paintbrush. Photo credit: Dale Robinette

Paramount have given us our first look still (seen above) from the upcoming Jason Reitman-directed film, Labor Day – which started principal photography back in June – starring Academy Award-winner Kate Winslet (Revolutionary Road, The Reader) and the Academy Award-nominated Josh Brolin (No Country for Old Men, True Grit).

Here is the official synopsis for the film:

Labor Day is based on Joyce Maynard’s novel of the same name, centering on 13-year-old Henry Wheeler (Gattlin Griffith), who struggles to be the man of his house and care for his reclusive mother Adele (Winslet) while confronting all the pangs of adolescence. On a back-to-school shopping trip, Henry and his mother encounter Frank Chambers (Brolin), a man both intimidating and clearly in need of help, who convinces them to take him into their home and later is revealed to be an escaped convict. The events of this long Labor Day weekend will shape them for the rest of their lives.

Labor Day will have its world premiere at the 2013 Toronto International Film Festival in September, with an Australian release scheduled for February 6th, 2014.