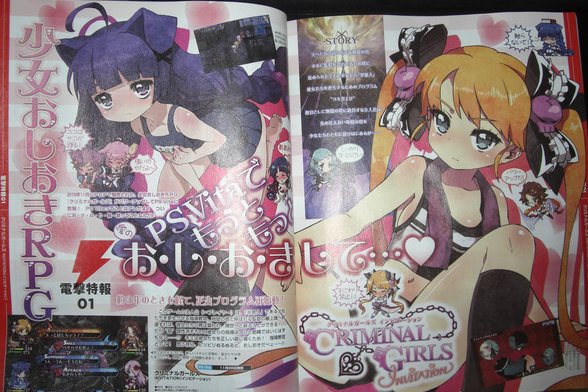 Last month you may have heard that Nippon Ichi Software had announced that they will be bringing Criminal Girls Invitation to the PlayStation Vita. At the time gamers were unsure whether or not this game was a sequel to the unlocalized PSP game, or something else.

Thanks to the most recent info from Dengeki Online, it has been revealed that Criminal Girls Invitation is an updated port of the aforementioned PSP game. The game will feature new story elements, characters and costumes as well as more punishment scenes. Currently the game is set to be released in Japan on November 28th. As for a chance at Western release, it appears slim at the moment thanks to NIS America not bringing the original Criminal Girls to the West.