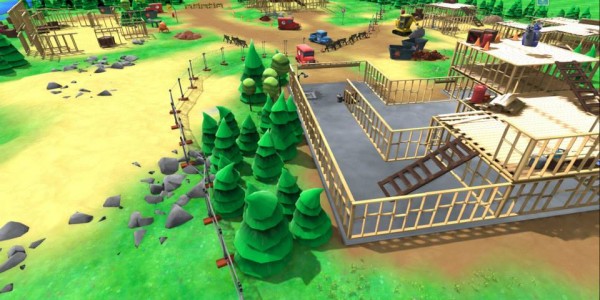 PAX Australia 2013 has showcased some of the best, local indie projects. The ANZ Indie Pavillion was constantly bustling with activity, but there was one other title that garnered much attention and praise throughout the event, detached from the “indie alley” as it were: a top-down, paint gun shooter called Painters Unite.

Located right next to the entrance to the expo hall, and besides the apparently lone ATM machine on the grounds, Canvas Interactive couldn’t have been more pleased with their positioning, and it’s an especially good thing because their game-in-progress certainly deserves those eyes on it. Painters Unite looks to be on the path to becoming a fully-fledged, fun multiplayer game that puts a twist on the “infection” game-type and the shooter genre itself. There’s no killing here – only painting and converting. To get a better idea of the concept, its development and the studio’s future plans, I conducted a brief interview with Creative Director James Betar. 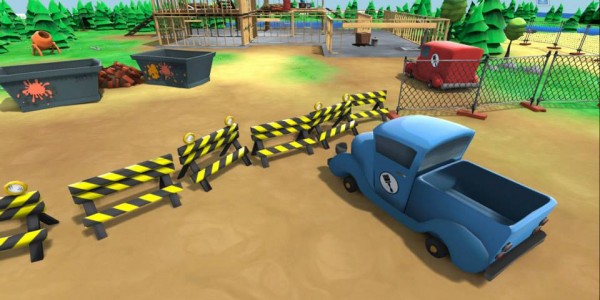 Let’s start off with the obligatory ‘tell us about your studio and how it got started’?

It started out while I was a lecturer, and I had this awesome idea and realised I don’t have anywhere near the skills to be able to program and do the art and all of the level design, so I began recruiting my expert team and we’ve all been working on blood, sweat, tears and passion and got it to the point it is today on effectively part-time. I’m pretty proud of the team so far and what we’ve got.

So tell us the basic concept for the game.

So the basic concept for the schoolyard kids who remember, was sort of like schoolyard tips. Essentially, each player on the default mode starts off on their own team and the goal is paint your opponents enough to convert them onto your team. Last man standing gets a bit of a power-up as sort of a last ditch effort for their team. And beyond that we’ve got lots of supplementary mechanics like a shower for health, ammo power-ups around the level, different weapons that you can unlock based on your performance in the map, and soon we’re going to have different modes like “chase the invisible guy”, painting buildings for territory control and a few other bits and pieces like that.

How would you be scored in the game? I’m assuming – seeing as there’s the possibility that you could just as soon be converted to another team multiple times over – that it’s not team-based scoring?

It’s not team-based scoring, no. So you have individual scores regardless of what team you’re on, but we are gonna have other bonuses and unlocks based on long you can stay on your team, how many players you can convert and all that kind of stuff. 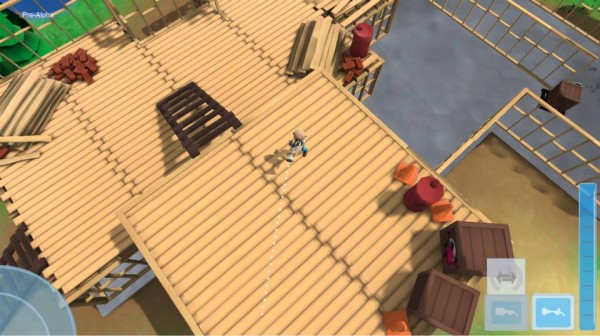 You’ve mentioned future modes like the “chase the invisible man” – is your mind racing with ideas of what else to do with this theme? Have you got more in the pipeline that you’re just waiting to try out already?

Oh there’s tons of stuff coming. I’m sure once we release, I’ll have three other expansions in my brain and starting to get on paper and on screen straight after that.

Are you guys considering an iOS/mobile version down the line?

We’re thinking about it…

What engine did you use?

UDK (Unreal Development Kit). All UDK. So first Steam, then console, and then we’re thinking about making an adaptation of the game for mobile, but that’s probably the last slate.

I went to the Indie Showcase Panel last night and some of the panellists were talking about how tough it can be to even get on Steam through Greenlight. Are you guys readying for that?

Because of what we know about Greenlight and that whole process, we want to make sure that we’ve got enough behind us so that there isn’t a fall off of interest. We want to be almost ready for market by the team we get it on Steam so that we can get people playing it and just push it over the finish line. 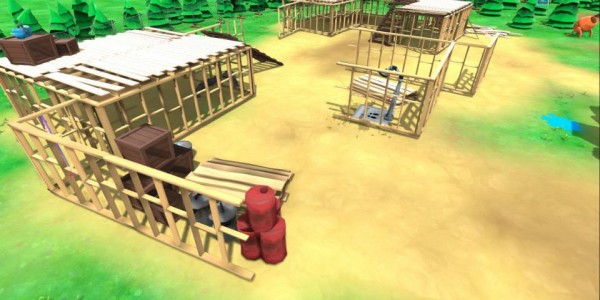 How long do you think further development will take on this before it’s ready for that release?

Well, here’s my plug: depending on funding – for all the readers – we’d love to be able to get some funding which would help us accelerate the production. Ideally, we’d want to be hitting beta – closed beta most likely – by the end of the year and sort of aiming for release sometime during 2014.

In terms of those potential funding avenues, where are you looking as the primary (or preferred) source?

We’re looking at getting a publisher. So not giving away the company through ‘angel investors’ or anything, but getting a publisher to ideally give us some seed funding and then help us get a bit more presence when we actually go to market. That’s the goal.

I guess to wrap up, let’s maybe give everyone a pitch of sorts on why this is a fun game and why they should check this out when possible down the line.

This is a fairly accessible, online multiplayer game, and instead of the whole death and violence paradigm, we’ve chosen something more collaborative. So instead of death and violence, it’s more about team collaboration, dynamics teaming, keeping things vibrant and fun, and we’ve found that we’ve actually engaged a range of demographics, from the 10-14 – just for the fun and accessibility of the whole paint idea – but the older players really love the competitive nature of it, which is still a big emphasis for us. So come one, come all – lots of demographics are getting a lot out of it.

We look forward to seeing more from Canvas Interactive and the unique Painters Unite. You can visit their Facebook and Twitter pages, give them a ‘like’ and a ‘follow’ and keep an eye out for the beta, hopefully later in the year.