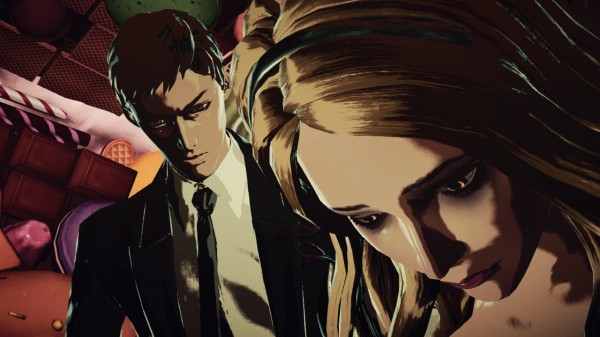 The latest screenshots and video footage of Killer is Dead come to us not from the North American publisher for the game, XSEED, but instead from the European publisher Deep Silver. In the batch of footage released today we are given not only the 5th trailer for the game featuring Mondo’s trip to the moon, but this time in English, but also a wealth of new screenshots which can be found below.

In these new screens we are presented with a girl named “Alice” who is a target that Mondo must eliminate after she transforms into some sort of demonic spider creature. True to the strange nature of Grasshopper Manufacture’s games, Alice’s level will feature various Alice in Wonderland references as well.