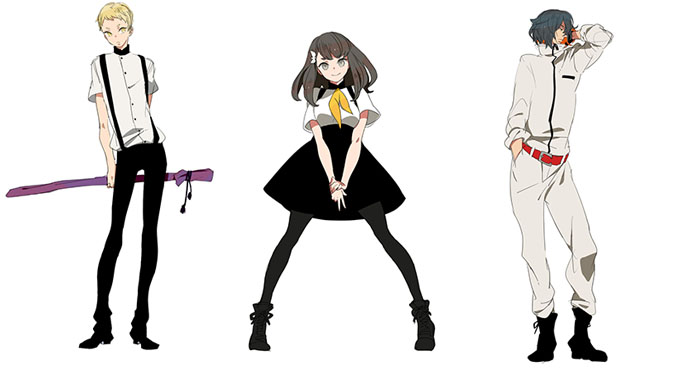 The official Gatchaman Crowds website has revealed details regarding the G-Suits and special powers of its trio of heroes.

Japan, in the early summer of 2015. 180,000 people live in Tachikawa City, the “second metropolis” of the Tokyo area. Among them are “Gatchaman” — warriors who fight in special reinforced suits powered by “NOTE,” the manifestation of special spiritual powers in living beings. A council has scouted a group of individuals with latent powers to protect Earth from alien criminals. In recent years, the council has assigned Gatchaman warriors to deal with the mysterious entity known as “MESS.” 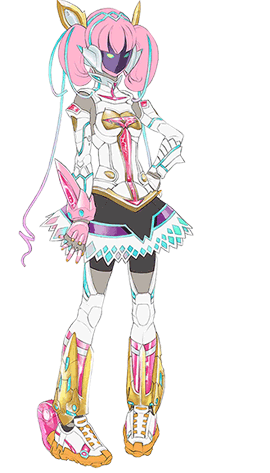 11th grader and protagonist of the story. A strong and energetic girl with a passion for stationery goods, getting excited when it comes to new models of pens and scissors. Weird, but in a good way. Placed under the responsibility of Sugane, though she usually ignore him and does her own thing.

Designer NOTE: The ability to design anything imaginable and make it reality. Her suit contains numerous concealed weapons, each inspired by stationery goods. 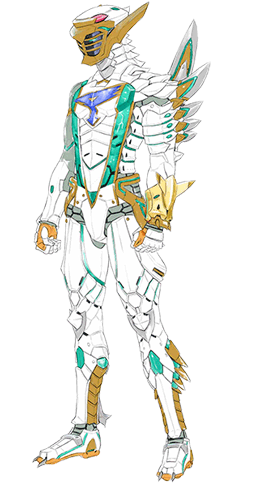 A G Team veteran of five years. Possessing an old fashioned personality and manner of speaking, akin to a samurai. He holds a very strong sense of justice and duty and is constantly confused by Hajime, who continually changes his views on the world and on her.

Infinite Range NOTE: The ability to manipulate both time and space. He wields the “molecular-vibration tuning fork sword Shipū” for dealing with enemies at close range, as well as concealed weapons and the “unlimited sword Arashi” for finishing moves against enemies at any range. 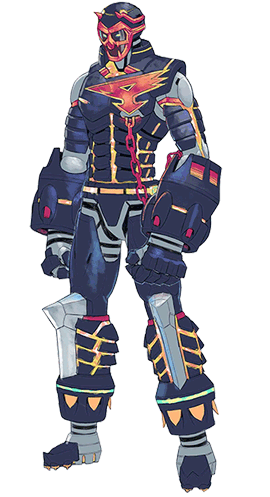 A graduate of Tokyo University and 10 year member of G Team. After having felt nothing but despair and apathy towards others, his attitude is altered by Hajime. Having regained a passion for living, he becomes serious about his work. Usually busy running the Living Safety Department, where his demeanour changes from his usual casual self to that of a more well-kempt individual.

Firebomb NOTE: The ability to freely manipulate fire. He fights with “Flame Shuriken” along with volleys of fireballs and other flame attacks. Capable of flight by emitting fire from his hands and feet.

Don’t forget to keep an eye on the site for more Gatchaman news as it is revealed. 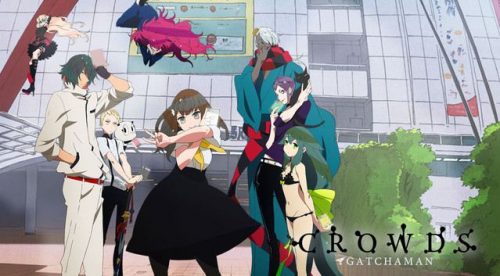