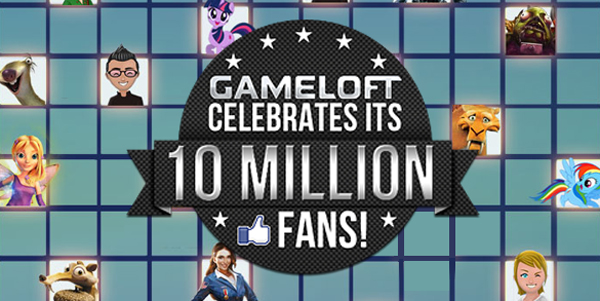 Gameloft, the powerhouse game development company that are known worldwide for their high quality iOS and Android games like Despicable Me: Minion Rush (check out our review here), and the Gangstar series (check out the review of the latest installment; Gangstar Vegas, here), have reached an epic milestone today; achieving a more than impressive 10 MILLION Facebook fans.

Gameloft has always believed that the community has been the biggest influence in their success and continued growth. Starting with their first ever Facebook fan when the page was launched back in 2009, it grew to over a million by September 2011. Since then, the rise has been even more meteoric, with the page today reaching its 10 millionth fan. This achievement makes Gameloft one of the top video game publishing pages on the social media site.

That’s a lot of coffee

We’re very proud to have reached 10 million fans on our Facebook page. This is the result of our fans’ dedication and the unique relationship we’ve formed with them … We thank our fans for all the suggestions and comments they share with us each day, allowing us to improve ourselves and deliver in return the best experience possible in all our games. We’ll continue to develop and strengthen this close bond with all our fans!

To celebrate, Gameloft have created an application where people can create their own Facebook infographic, as well as an instant win game that has a tonne of cool prizes to give out. If you haven’t done so yet, head over to Gameloft’s official Facebook page here.