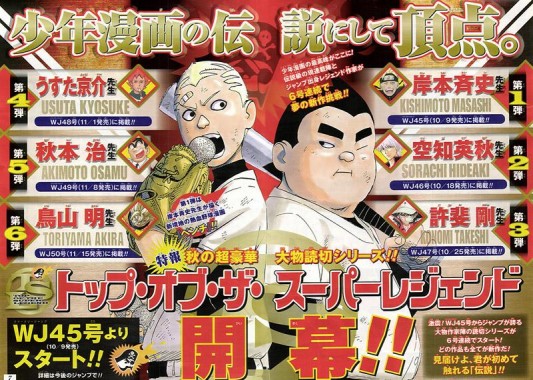 Now I’m a massive Masashi Kishimoto fan which means not only do I love his biggest hit Naruto it also means I love his art-style, his storytelling, his characters and his other works like Mario which was shown only a few months ago. If you too are a big Kishimoto fan you’ll know that for many years he has loved baseball and, in fact, played baseball as a kid. Not only that but he spoke about creating a Baseball-themed Manga, I would now like to introduce you to his next One-Shot, sports Manga: Bench. 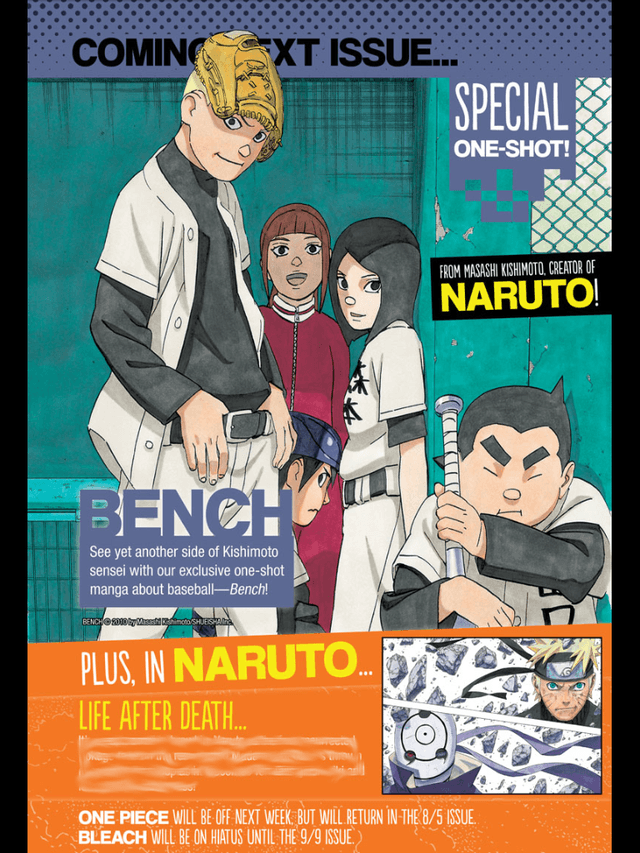 We may be a little late to the part though because Mr. Kishimoto made and finished Bench in 2010 and only now is it hitting the English side of Weekly Shonen Jump but I say “better late than never” because this One-Shot is sure to be a home-run! Sorry, everybody, I had to do that. The last issue of the digital Weekly Shonen Jump announced that this would all be happening in the very next issue and is, really, a replacement for One Piece and Bleach which will not be shown in the next issue. I think that’s a pretty good trade off, even for just just one week. Get on it!