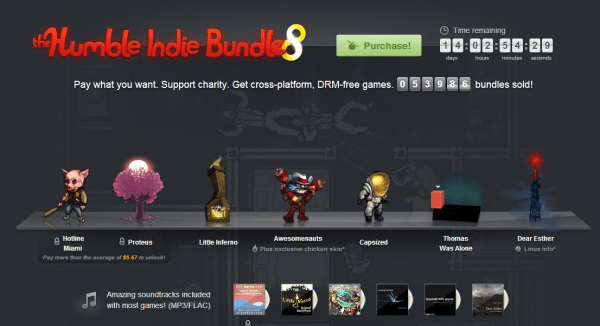 Humble Bundle 8 is in support of the Electronic Frontier Foundation and Child’s Play Charity. The games are available as both a DRM free download and a Steam key. All of the games run on Linux, Mac, and Windows.

Thomas Was Alone Hits PSN Today with DLC for Company