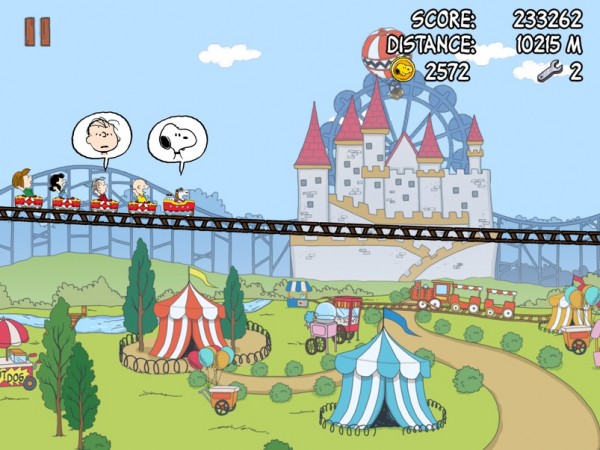 Chillingo released a new game and a major update to another today. Snoopy Coaster is an officially licensed game by Peanuts that send the whole crew on a wild rollercoaster ride. Snoopy is in the driver’s seat as they go on a fantastic adventure collecting coins and popping balloons. The game contains original artwork and collectables that will be a perfect addition to any Peanuts fan. Snoopy Coaster costs $0.99 and can be purchased here.

He-Man received a major update entitled “Battle Armor.” The game has now gone free to play with this update. The update adds a new section to Castle Greyskull, new enemies to battle, and an Armor prize that can be won at Orko’s Game of Chance. Check out the game for free here.