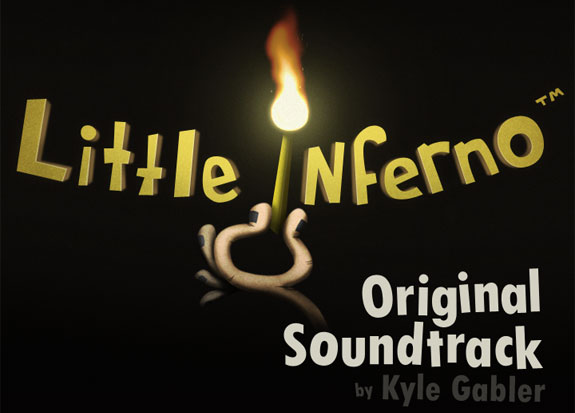 Tomorrow Corporation, creators of World of Goo and Henry Hatsworth, have released the soundtrack of their newest title, Little Inferno, as a free download.  The John Williams-inspired soundtrack is available in both MP3 and FLAC formats, or for streaming from SoundCloud.  The soundtrack’s page also includes an individual breakdown of each track for some behind-the-scenes info from the composer.

According to Kyle Gabler, the composer for Little Inferno’s soundtrack:

I’m a big fan of movie music from the 80′s and 90′s – like John Williams (1993 was his most amazing year), Danny Elfman’s 90′s heyday, Vangelis in the early 80′s – all with strong melodic themes and instantly identifiable orchestration. It was my goal with this soundtrack to write music that sounded like it could have been written in that time of VHS tapes and Stan Winston special effects, with clear, hummable melodies for each character and theme.

Hit the link here to check out the free soundtrack.