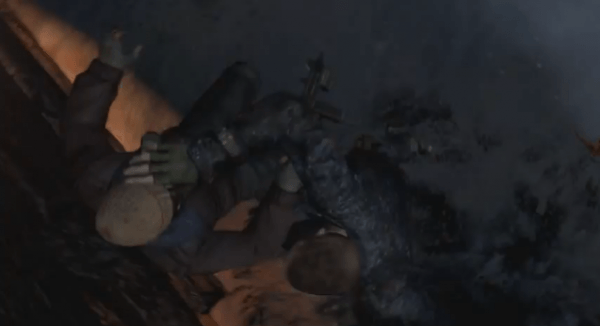 Capcom have released the latest gameplay trailer for Resident Evil 6 from this year’s Gamescom 2012 entitled “Snow-Covered Mountain”.  The gameplay has Jake and Sherry trying to fend off an attack from the infected and also unknown enemies. Armed with only a pistol and a deadly magnum with limited ammo, Jake and Sherry must take down these enemies and escape before they are buried in snow from an incoming avalanche. The gameplay trailer showcases fire fight/gun system and special melee attacks when the enemies are stunned which take advantage of the surrounding environments that result in spectacular kills.

Check out the trailer below and let us know what you think of it.  Resident Evil 6 will be out on 2nd of October, who’s pick it up on launch day? Let us know leave a comment below.

Capcom thinks you will give them 10 Million Dollars this year