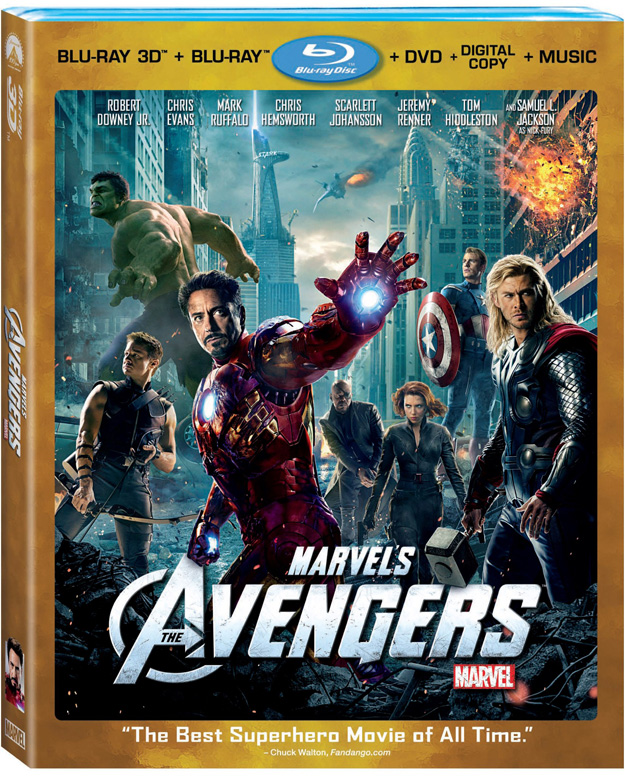 The Avengers will assemble for home release on September 25, 2012!

Walt Disney Studios Home Entertainment has released a trailer alongside the cover art for the Blu-ray and DVD release of Marvel’s The Avengers and man, it is looking sweet!

Marvel’s The Avengers is the third highest-grossing movie of all time, so you know Disney has big plans for the home release! In anticipation of the release Marvel is launching a new App this month titled The Avengers Initiative: A Marvel Second Screen App, which gives fans a unprecedented access to exclusive content as it is released for the App throughout July & August.

Special Features includes a gag reel (first time for a Marvel Studios film),talks with the cast and Joss Whedon, a behind-the-scenes look at visual effects and cinematography, the creation of the S.H.I.E.L.D Helicarrier, a Music Video for Soundgraden’s Live to Rise, deleted scenes and more!